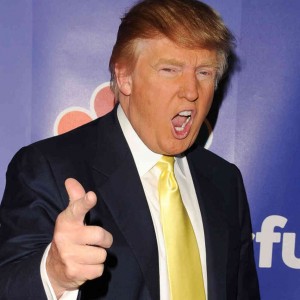 Donald Trump will have to keep an eye on PA for the next couple months as the GOP presidential primary process gets underway.

After enjoying jaw-dropping success since June when he announced his candidacy, Trump is beginning to see some of his rivals making up ground, according to the latest Public Policy Polling report.

Trump leads the GOP field with 24%, with another Washington outsider, Ben Carson, riding Trump’s coattails to 23% in the poll. The next closest contenders are TX Sen. Ted Cruz and former Hewlett-Packard boss Carly Fiorina at 9% each.

Though Trump heads the field, his 1% lead over Carson in PA is the smallest he has had anywhere since July, according to the poll. In fact, Carson beats Trump 52-38 in a hypothetical head-to-head primary in the Keystone State. Carson has the highest favorability rating of any candidate, crushing Trump’s numbers with men and women, as well as the more conservative wing of the GOP.

Though only 6% of voters support Rubio as their first choice, the FL senator would also beat Trump in a head-to-head in PA, 45-44.

Well-known politicians Chris Christie and Jeb Bush picked up 7% apiece, followed by Rubio. All other GOP candidates gained less than 3% in the poll – including former PA Sen. Rick Santorum at 2%. Three candidates – Bobby Jindal, Lindsay Graham and George Pataki – are having trouble breaking the 1% mark.

Santorum is struggling to find the same traction he had in 2012, when he finished second in the GOP primaries to nominee Mitt Romney. In a May PPP poll, 12% of PA voters supported his second campaign for president, but 64% of GOP voters now think Santorum should drop out of the race. Interestingly, 18% of PA voters are still unsure of the two-term U.S. senator.

PA GOP voters differ from their many candidates on several issues. 78% support background checks on all gun purchases, with only 12% opposed.

“The Second Amendment to our Constitution is clear,” Trump wrote in an announcement of his gun policies. “The right of the people to keep and bear arms shall not be infringed upon. Period.”

“As a Doctor, I spent many a night pulling bullets out of bodies,” Carson wrote on Facebook after the Umpqua Community College shooting in Oregon. “There is no doubt that this senseless violence is breathtaking – but I never saw a body with bullet holes that was more devastating than taking the right to arm ourselves away.”

53% of Republican voters in the state also want to see the minimum wage increased to at least $10/hour, another unpopular idea among most candidates, with Trump telling MSNBC “having a low minimum wage is not a bad thing for this country.”