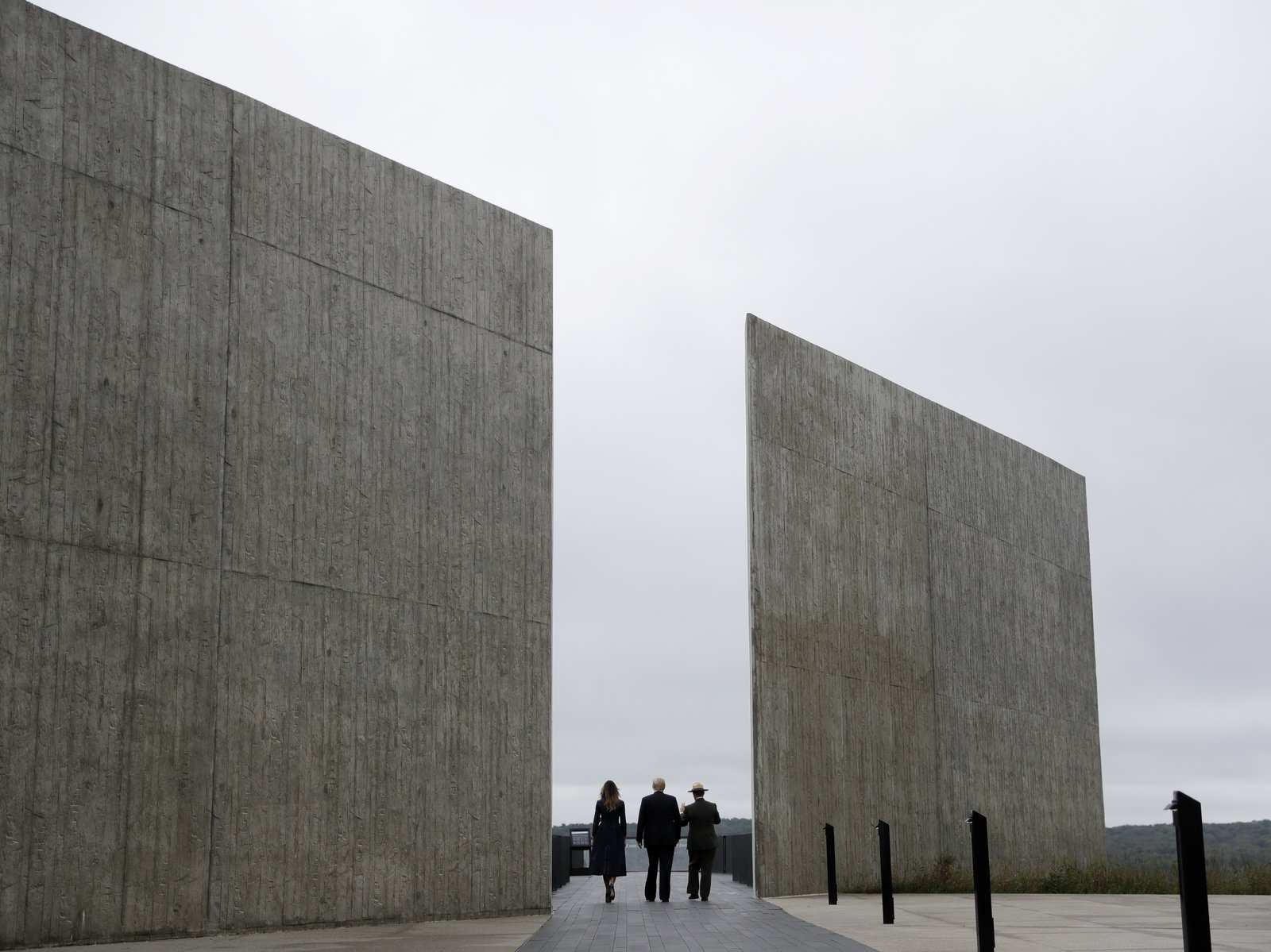 Today, President Donald Trump and multiple elected officials from Pennsylvania reflected on the ultimate sacrifice made by the 40 people killed 17 years ago on United Airlines Flight 93.

“We’re gathered together on these hallowed grounds to honor the memory of nearly 3,000 souls who were murdered on this day 17 years ago,” Trump said to open his address. “We’re here to pay solemn tribute to the 40 passengers and crew members of flight 93 who rose up, defied the enemy, took control of their destiny and changed the course of history.”

Trump also recounted multiple stories of those who were aboard Flight 93 during the address at the Flight 93 National Memorial near Shanksville.

Former Pennsylvania Gov. Mark Schweiker, who was the lieutenant governor during the attack, shared his feelings of those who were on Flight 93.

“Please know that I am still in awe of them,” Schweiker said. “As expressed, the last time I officially spoke here on the 1st anniversary, it was here the freedom took its first stand.”

Schweiker referred to the land as sacred ground during his address.

Introduced by Schweiker, Gov. Tom Wolf detailed the heroism of those on this day.

“Hero is one of the most overused words in any language, we may bestow this title too frequently, but the people who found themselves on Flight 93, in the skies above us are in fact, heroes,” Wolf said. “The first responders and everyday citizens that came to the crash site, they’re heroes too.”

United States Secretary of the Interior Ryan Zinke, a Navy Seal instructor at the time of the terrorist attack, knew this would change the lives of the seal candidates and country forever, but ultimately told the story of Americans.

“A story of tragedy, and most importantly a story of our shared values of America as self sacrifice, duty and honor,” Zinke said.

Trump talked about keeping America safe and described September 11, 2001 as a day that “America fought back” and how the country will “never flinch in the face of evil.”

The Flight 93 National Memorial draws about 300,000 visitors a year, according to the Philadelphia Inquirer.