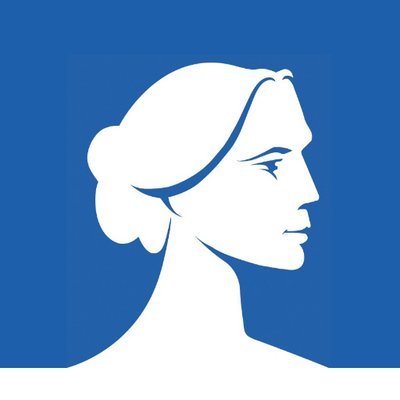 The topic of abortion is slated to play a key role in the 2020 elections in Pennsylvania. While Planned Parenthood Votes, the super PAC branch of Planned Parenthood, has been involved in multiple elections in the keystone state leading up to and including 2020, a pro-life group will be launching a significant ground effort in the state for the first time.

As reported by Fox News, Susan B. Anthony List, which aims to elect pro-life candidates, announced that Pennsylvania is one of their nine key swing states in their at least $45 million program that will fund grassroots organizing, polling, and paid advertisements. It’s the group’s largest investment in an election year thus far, with the group spending $18 million on voter contact and advertising in 2016 and $32 million in the 2018 midterm cycle, according to Politico.

“This is going to be the first time that we’ve done a ground effort in Pennsylvania,” said Mallory Quigley, SBA List national spokesperson, in an interview with PoliticsPA. “It’s a huge state, we’ve always sort of looked at it as a mountain to be climbed, but we’re excited about being there this cycle.”

The specific allocation for Pennsylvania has not been released, but the group has made clear that their top goal for their investment in the state is to ensure that President Donald Trump carries the keystone state again in 2020.

“Our top priority for this election cycle is reelecting President Trump and defending the pro-life majority in the U.S. Senate, so that’s our nationwide goal,” Quigley said to PoliticsPA. “In Pennsylvania, we’re just obviously primarily focused on making sure that President Trump wins the state.”

Quigley noted how significant Pennsylvania was to Trump in his successful 2016 bid and added that due to former Vice President Joe Biden, who is increasingly likely to secure the Democratic Party nomination, ties to the state, that the group’s effort to show a contrast between the two over abortion can help keep the state red in 2020.

“So, I think especially as it looks increasingly clear that Vice President Biden will be the nominee, and his history and background in Pennsylvania, that we’ll want to be there to remind voters about where both of these candidates stand on the life issue, the clear contrast that exists,” Quigley said to PoliticsPA. “It’s a message that we think will be well received and where it will have the power to move critical segments of voters on the margins to help President Trump win reelection.”

Quigley added that no matter who the Democratic Party nominee will be, that their party is “uniformly pro-abortion to such an extent that it’s really far outside the mainstream American values” and attempted to connect abortion policies in New York and Virigina as examples.

As for regions of Pennsylvania that the group will target, Quigley said that SBA List is planning on concentrating on the suburbs of Philadelphia and Pittsburgh, plus western Pennsylvania “more broadly.”

Although the pro-life group has made clear that Trump’s reelection is their top priority in the state, they haven’t ruled out assisting in various U.S. House races across the state, where they see fit.

For SBA List’s first scorecard, they’ve rated every Democratic Congressional incumbent in Pennsylvania with an “F” grade over the issue of abortion and given all of the GOP incumbents an “A” with the exception of Rep. Brian Fitzpatrick (R-Bucks), who was given a “C” letter grade.

“Here in Pennsylvania, we will be working nonstop to elect candidates who are committed to expanding and protecting reproductive health care — from the state house to the White House,” said Emily Callen, Executive Direct of Planned Parenthood Pennsylvania Advocates and PAC, in a statement to PoliticsPA. “Our seven-figure program will include robust grassroots and digital outreach, and paid advertising, because Pennsylvania is one of the key battleground states that will turn the tide for reproductive freedom.”