The hits just keep coming for Mitt Romney in Pennsylvania. A day after the Obama campaign rolled out two ads – one positive and one negative – a Super PAC is aiming another blow at the Republican. Meanwhile details emerged that significantly mitigate the impact of Obama’s ad. 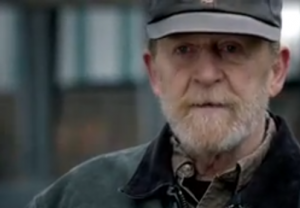 “He promised us the same things he’s promising the United States. And he’ll give you the same thing he gave us: nothing. He’ll take it all.”

The PA component is part of a $780,000 ad buy also in Colorado, Florida, Ohio and Virginia by Priorities USA Action, a Super PAC backing President Obama.

Colby Itkowitz of the Morning Call flagged this ad this morning.

The ad almost perfectly mirrors one released Monday by President Obama’s campaign. That 2-minute spot also features workers whose former company was purchased – and shut down – by Bain Capital, the investment firm Romney founded and managed for over a decade.

Romney’s campaign pushed back on the Obama ad, calling it an attack on capitalism.

“President Obama and his billion-dollar attack machine are desperately trying to distract from their own failed record of wasteful spending and crony capitalism by launching an attack on free enterprise,” Romney spokeswoman Andrea Saul said yesterday in a press release. “Mitt Romney has the experience and pro-growth plan to promote job creation and get our economy back on track.”

The Romney release also highlighted an article from Politico, which reports that the Obama is is airing for only 1 day, Wednesday, May 16, and then only in a limited capacity.

A subsequent Politico report noted that the campaign would spend just $7,900 in Pennsylvania, which amounts to a drop in the bucket.

The verdict: Obama’s 2 minute ad is a play for earned media, seeking to generate press coverage rather than sway the general viewing audience.