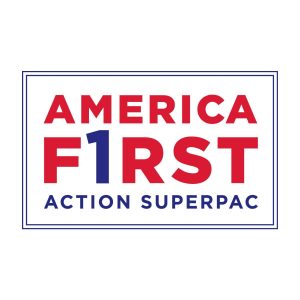 The 2020 presidential campaign is officially underway for this pro-Trump group.

America First Action PAC is launching a $10 million digital, cable, broadcast, and mail ad campaign attacking Democratic presidential frontrunner, former Vice President Joe Biden, in Pennsylvania, Michigan, and Wisconsin. The ads, which will start in mid-April and continue until the end of May, will air in the Pittsburgh, Harrisburg, Johnstown, Erie, and Wilkes-Barre media markets.

“It’s time to put Sleepy Joe Biden to bed,” said Brian O. Walsh, America First Action PAC’s president in a release about the ad campaign. “This is our first round of spending, with much more to come. By the time November rolls around, voters in battleground states are going to know why Joe Biden is weak, wrong and been around for too long to lead the United States of America.”

It’s the group’s first independent expenditure spending of the 2020 cycle. Of the $10 million committed for the three state ad buy, $5.5 million will be spent in Pennsylvania, which is the highest total of the three included in this ad campaign.

While this pro-Trump group is about to begin it’s attack on the Democratic presidential frontrunner, liberal groups have already hit the airwaves attacking President Donald Trump on his response to COVID-19. Priorities USA and American Bridge both launched ads campaigns in Pennsylvania criticizing Trump on the matter, while Priorities USA announced earlier this week that as a result of America First Action PAC’s ad buy, that they are expanding their $6.6 million television and digital ad buy slamming Trump’s response and ads touting former Vice President Joe Biden’s leadership.