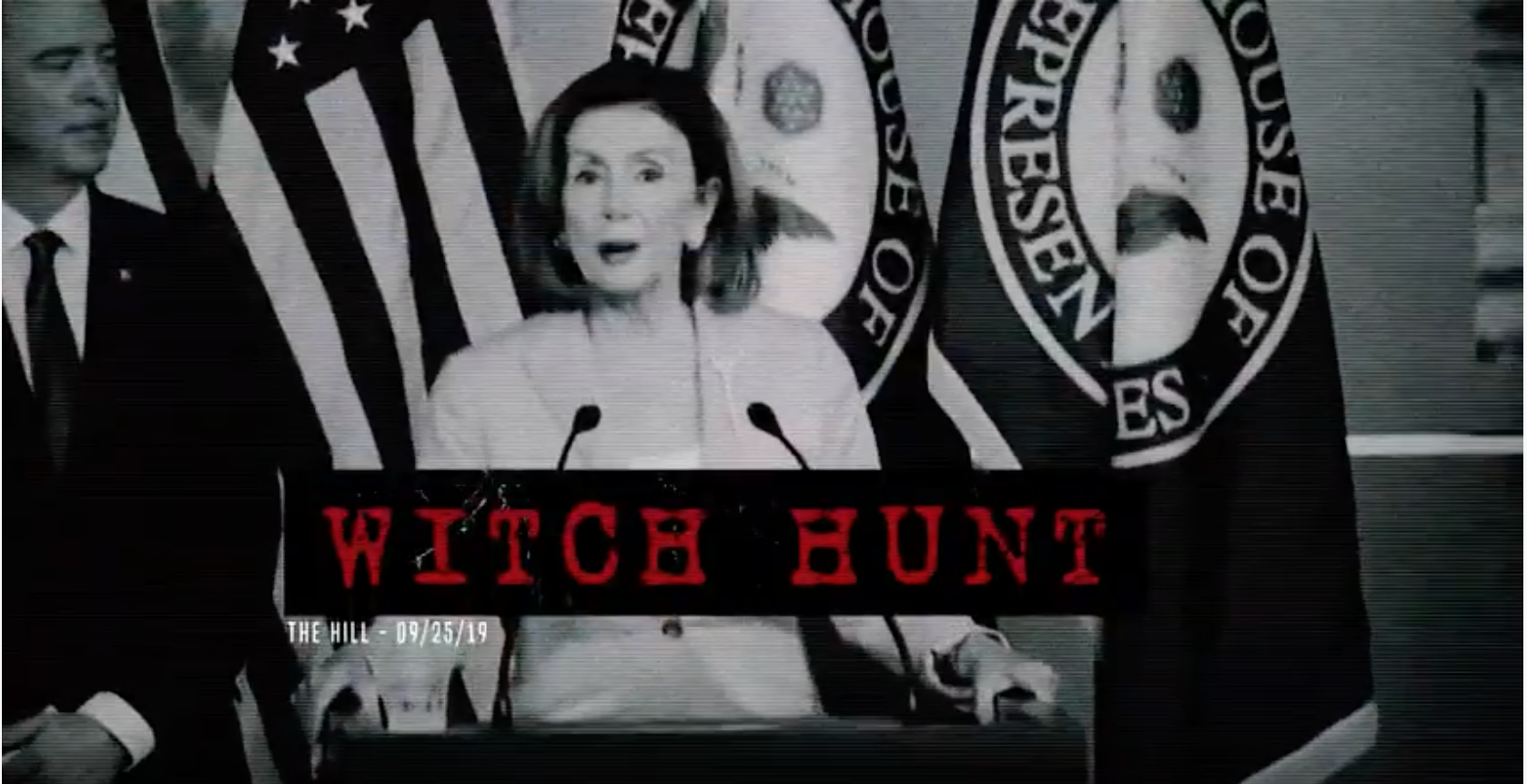 The anti-impeachment campaign continues in Pennsylvania.

The ad campaign, aimed at urging members of Congress targeted to vote against impeachment, includes digital, broadcast, print, text messaging, and cable spots that began on Dec. 3 and will run until Dec. 16. Television ads will air in 14 districts across the country, which includes Cartwright’s district, while other forms of the ad campaign are taking place in 27 districts across the country, which includes Lamb’s district.

The 250 cable spots airing over the next few weeks in Cartwright’s 8th Congressional District in Northeast Pennsylvania attempt to link him to the impeachment effort, calling the investigation a “witch hunt.”

“Investigations, lies, a witch hunt,” a voiceover says at the beginning of the ad. “The radical left will stop at nothing to impeach President Trump.”

“A do-nothing Congress focused on a witch hunt and your Congressman, Matt Cartwright, is siding with them,” the voiceover continues later in the 30 second spot. “So call Congressman Cartwright, tell him to end the witch hunt, oppose impeachment, and put America first.”

The ad continues to say that due to the impeachment inquiry, which Cartwright and the rest of the state’s Congressional Democratic delegation voted for, is delaying and hindering “better trade deals, stronger borders, and funding for our troops.”

The 27 Congressional District ad buy across the country is for $2 million, while $160,000 is being spent in Pennsylvania.

A spokesperson from America First Policies tells PoliticsPA that Phase 2, the current ad buy, is a significant increase from their initial “Phase 1” push in October. During their first ad buy, which ran from Oct. 14 to Nov 4, they spent approximately $50,000 in Pennsylvania on a combination of digital, television, and text messages. Their first ad buy only included television ads in three districts across the country, which included Cartwright’s 8th District.

A spokesperson for the group also claims that their first campaign generated at least 1,515 calls to Lamb’s office and 1,080 calls to Cartwright’s office, although this doesn’t include calls inspired from TV ads since they can’t track that.

Cartwright’s campaign was unavailable for comment on this ad buy, although they fired back at similar ads run by American Action Network, a GOP connected group by saying the Congressman was focused on fighting for the “hardworking families of Northeast Pennsylvania by creating good paying jobs, providing affordable healthcare, lowering the cost of prescription drugs, and fully funding veterans programs.”

Lamb’s campaign called the ads “nonsense” and made the case that the Congressman is focused on the issues that his district most cares about.

“This is just more nonsense from a super PAC that has spent more than $1 million lying about Conor Lamb’s record,” said Lamb Campaign Manager, Abby Nassif Murphy. “The truth is that the House has passed several hundred important bills, many of them bipartisan, that the Senate and the White House refuse to consider. Conor is focused on our district’s priorities — like rebuilding our infrastructure, reducing prescription drug prices, and protecting Medicare, Social Security and people with preexisting conditions.”

She also went on to say that the attack ads were “misleading” and that Lamb is focused on “trying to get things done.”

Although Cartwright and Lamb voted for the impeachment inquiry, neither has indicated their intention for the final vote.

This is not the first round of anti-impeachment ads in their district. American Action Network aired television ads in both districts from mid November to early December.

A Morning Call/Muhlenberg College poll released in mid-November showed that 51% of registered voters in the state supported the impeachment inquiry, while 47% oppose it. Registered voters were even more divided when asked if they believe if Trump should be impeached and removed from office. 49% support impeaching and removing Trump from the presidency due to his actions, while 48% opposed it.

Cartwright and Lamb both represent boundaries that Trump carried in 2016.

Trump won Cartwright’s district by close to 10 points in 2016. Cartwright bested Republican Matt Connolly by a 7.6 point margin in 2016 and won by a slightly larger margin in 2018 by taking down GOP candidate John Chrin by just over 9 points.

Trump narrowly edged out Clinton in Lamb’s district in 2016. Lamb won his first race in March 2018 in the old 18th Congressional district by about .5 points in boundaries that went to Trump by a wide margin, while he coasted to a double digit victory in Nov. 2018 in the 17th Congressional District over Rep. Keith Rothfus (R-Allegheny) by 12.5 points.

Cartwright, Lamb and Susan Wild (D-Lehigh), have been targeted by the NRCC as seats to flip in 2020.