Valerie Caras was hired this week as Director of the Communications and Technology Departments for the Republican Party of Pennsylvania.

Caras, 23, replaced Mike Barley who was promoted last week to Executive Director of the PA GOP. 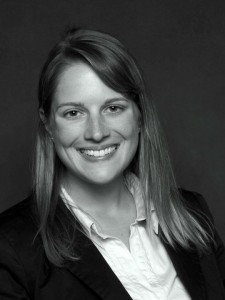 “Valerie Caras is a great addition to our team and we are excited about her assuming the Communications and Technology Director role for the Party,” PA GOP Chairman Rob Gleason said. “Over the past four years our Party has remained on the cutting edge of political technology.  I am confident in Valerie’s ability to continue this important work as we bring our message to voters for key elections during the 2011-2012 cycle.”

A native of Wilmington, DE and 2008 graduate of Dickinson College in Carlisle, Caras has risen quickly through the PA GOP ranks. She started as a field worker in the McCain campaign in Northeast PA and afterward served as Youth Outreach Director for the state party. PoliticsPA named her one of Top Politicos Under 30 for her work as Executive Director of the Dauphin County GOP, where she worked from 2009 until this week.

PoliticsPA talked with Caras about her background and asked where she sees the PA GOP headed in 2011.

Who inspired you to get started in politics?

“The great Mayor Rudy Giuliani. My very first political endeavor was going to New Hampshire and Florida in 07 and 08. He’s a great national candidate. He did a tremendous job as Mayor of New York. I’m not a single-issue voter, I’m a candidate voter. He was so strong on national defence, which made him very appealing as a leader and a candidate. As Republicans, there is room for discussion on the issues. That’s what makes our party so great.”

Caras was in Florida when Giuliani lost that primary.

“It was a good introduction, actually. You know, you go in thinking ‘Oh yeah, we’re going to win, it’s going to be great.’ It’s good practice. I remember sitting there in Orlando when the results came in. I cried when he lost. But really, it’s better to learn how to lose before you learn how to win – it makes winning that much more sweet.”

“We pitched a shutout in 2010. We delivered Dauphin County, which is majority Democrat, for almost all of our Republican candidates, and did better than expected for Dave Argall. 2010 overall is an achievement for everyone at DCRC.”

“We’re in the middle of a very important cycle. This isn’t an off year: county officials, judges and row officers have a greater impact on peoples’ day-to-day lives than most federal races. We want to make sure people just how important they are, and make sure they go out and vote for the candidate who is going to work for them.”

Caras starts to say Allegheny, but thinks better of it.

“Being in Dauphin County I’m partial to my guys, Jeff Haste and Mike Pries.  I will be watching that with laser focus.”

Where do you see yourself in five years?