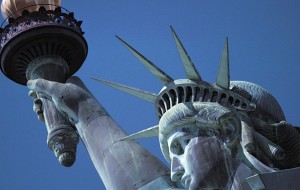 As Donald Trump continues to dominate the headlines with his immigration plans, Pennsylvania remains undecided on their own ideas on the issue.

Just over half of all PA voters surveyed – 52% – said they feel illegal immigrants should be allowed to stay in the country and should eventually have the opportunity to apply for citizenship, according to a new Quinnipiac poll – including 76% of Democrats and 50% of Independents.

37% want to require all illegal immigrants to leave the country – Trump’s main campaign platform – with strong support from Republicans (58%).

Both sides of the issue have gained a few points since June, when 48% supported a path to citizenship and 34% supported deportation.

At the start of August, President Barack Obama announced new EPA rules to regulate and reduce the amount of carbon pollution from coal-burning power plants, a move which 67% of PA voters support.

A majority of GOP voters oppose the new regulations, though 88% of Democrats and 68% of Independents are for them.

There is wide agreement – 72% – that new regulations are needed to clean the air, but PA voters are evenly split on whether the regulations are worth the costs – 44% for and 44% against.

Pope Francis – who will bring traffic in Southeast PA to a standstill next month – has solid support in the state for his message on climate change – including 91% of Democrats.

The Pope has become a leading liberal icon in the country, with his comments on income inequality across the U.S. and world bringing focus to the issue.

60% of those polled said the federal government should pursue policies that will reduce the income and wealth gap – with 81% support from Dems and 73% support from people aged 18-34. 65% also support increasing taxes on higher income earners, up from 62% in February.

Immigration, climate change and income equality will be three of the biggest issues for 2016 presidential candidates, with this latest poll giving some insight to how PA – an essential swing state for both parties – will lean during the election.