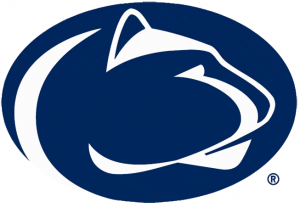 58% of respondents said then-Attorney General Corbett did not do enough to investigate the Penn State football coach who was convicted last year on 45 of 48 counts of sexually abusing minors. 23% said he did do enough.

The result matches a handful of other polls conducted since the scandal broke in 2011.

“Pennsylvanians think Gov. Tom Corbett fumbled the Sandusky probe,” he said. “It’s a penalty flag for the governor. Facing a blitz of solid Democratic defenders, he is going to have a hard time moving downfield.”

Voters also believe the National Collegiate Athletic Association’s sanctions against Penn State University are too severe, 46% to 32% who said they are appropriate.

This news comes the same day a U.S. District Judge threw out Corbett’s antitrust lawsuit against the NCAA.

48% said the Penn State scandal wouldn’t be important in their choice for Governor in 2014, 47% said it would be.

In addition to PSU, the pollster asked voters whether a variety of issues will be important in their choice for Governor in 2014.

A total of 84% of those surveyed expressed support for a law requiring background checks, including 55% of those who live in a household in which guns are present. Both men and women, all ethnic, income, regional and educational groups expressed majority support for such a measure.

“They may be divided by race, region or income bracket, but Pennsylvanians want better background checks,” Malloy said. “A broad spectrum of voters says we need to know more about people buying guns.”

The poll found marginal support for expanding Medicaid as permitted by the Affordable Care Act (Obamacare).

Health care is also very high on the list of priorities of those who responded to the poll, with 96% saying the issue would be important to their vote in next year’s gubernatorial election.

Quinnipiac University surveyed 1,032 registered voters via live interviews on land lines and cell phones from May 30 to June 4. The margin of error is +/- 3.1%.