Reader Poll: How Will The Court Rule on Voter ID 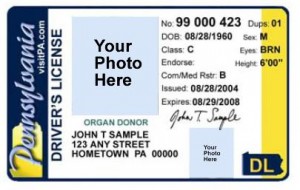 The state’s Voter ID law may be the defining issue of this year’s elections – and it is not necessarily a campaign issue.

Voter ID matters because of what its critics say: that fewer people will be voting come November because they won’t have an ID.

The topic is something PoliticsPA has written extensively on.

The law was controversial from the start, but the fight intensified after we broke the story on House Majority Leader Mike Turzai’s (R-Allegheny) now-infamous gaffe that Voter ID will “allow” Romney to win Pennsylvania.

Corbett’s administration has been put through the wringer ever since.

The state tried to ease the burden by creating their own form of ID that requires fewer documents, but opponents like the ACLU and AFL-CIO fought back hard, releasing data that showed far more people than expected did not have and probably could not get an ID in time for the election, no matter how many restrictions are eased.

And then there’s Secretary of State Carol Aichele, who earned a down from us last week after she testified that she doesn’t know “what the law says.” That’s a pretty big “oops” moment.

But proponents of the law hold tightly to their convictions, as well. They say that not only does fraud exist, but that the burden of obtaining an ID is not that heavy and should be taken on by those who truly care about the right to cast their ballot this November.

Closing arguments have been made and a decision is expected soon.

And while Judge Simpson is not likely to have the final say on Voter ID, we ask you, readers: