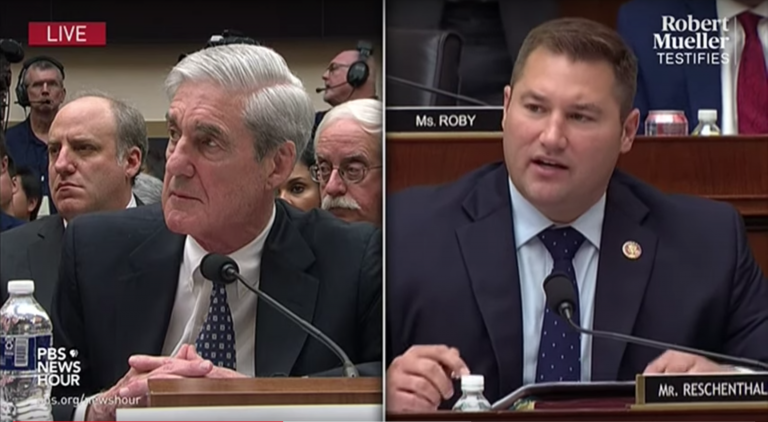 While his two colleagues on the Democratic side in the state on this committee, Reps. Madeleine Dean (D-Montgomery) and Mary Gay Scanlon (D-Delaware), have advocated for impeachment in the months leading up to the hearing, Reschenthaler believes the conclusion of the report exonerated the President.

During Reschenthaler’s five minutes of questioning, he accused Mueller of leaving out information in the report that would have been helpful for the President and said some of the information made public in the report without an indictment or prosecution was “Un-American.”

“You left our significant exculpatory evidence, in other words, significant evidence favorable towards the President, correct,” Reschenthaler said to Mueller.

Mueller responded by saying he disagreed with that accusation.

“The drafting and the publication of some of the information in this report without an indictment, without prosecution, frankly flies in the face of American justice,” Reschenthaler said. “And I find those facts and this entire process, Un-American.”

Reschenthaler pointed to his years of military service as a former officer in the United States JAG Corps in the Navy during the Iraq War and being elected as a Magisterial Judge in Pennsylvania as proof he was well versed on the law.

So we ask: How Would You Grade Reschenthaler’s Questioning During the Mueller Hearing?

The options will start with “A,” being the highest grade for Reschenthaler, down through with “F,” being the lowest grade possible for his questioning.