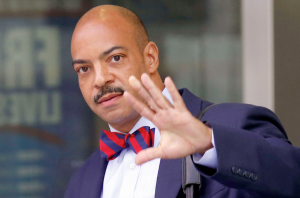 Williams seems to be the latest holder of “the most controversial PA politician” title. As a result, we asked our readers about his job performance to see if that was the case.

Unfortunately for him, 307 readers disapprove of his tenure.

On the other hand, 124 respondents approve.

Do You Approve or Disapprove of Seth Williams’ Job Performance?