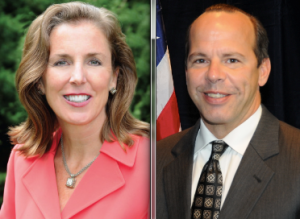 Our readers seem to agree with the state Democratic committee.

In light of Katie McGinty’s challenge for the chair and Tom Wolf’s support of his former rival, we decided to ask our readers who they believed the party should nominate for the top spot.

It was a bitter fight, but just forty-eight hours before it was to commence, Wolf announced that he was creating his own McGinty-led PAC instead. Soon afterward Democratic officials were switching camps while Burn was insisting the party is unified.

Despite only being open for three days, our poll received a record amount of responses and Burn ran away with it.

2,020 readers believed he was the candidate the Democrats should nominate as head of the party.

Who Should the Democratic Party Nominate as Committee Chair?