Reader Poll: Which Statewide Official Should Be Most Thankful? 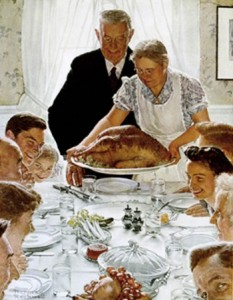 This week, all across the Commonwealth politicians are gathering with their families and reflecting on the past year and what it is they’re most thankful for. So, we thought it would be fun to ask you, our readers, which statewide official you think should be most thankful this Thanksgiving.

Senator Bob Casey had a good year, coming off his re-election he earned a seat on the influential Senate Finance Committee. Over the summer, he was the most outspoken Senator during the crisis in Syria. Recently, he received widespread attention (with the help of a famous friend) for his universal pre-K bill.

One prime candidate, of course, is Governor Tom Corbett who finally won a significant victory earlier this week when he signed into law his transportation funding bill. After a difficult 2013 that has done a quite a number on the Governor’s approval rating, this legislative victory may jump-start the comeback he needs.

Eugene DePasquale had quite a year becoming Auditor General and the first statewide official from York in almost sixty years. The freshman also made a big first impression with his audit of the Department of Public Welfare.

Another contender is Attorney General Kathleen Kane. After being sworn in earlier this year, Kane has captured headlines, avoided possible pratfalls, and has seen her star rise so fast that she is already being talked about for other future statewide offices.

Additionally, there is State Treasurer Rob McCord. McCord, after much speculation, announced his gubernatorial bid this fall. So far he has led the crowded field in terms of endorsements from local state and party officials. The latest polling also shows him in the hunt.

Finally, Senator Pat Toomey made a big name for himself this year when he and West Virginia Sen. Joe Manchin introduced the bill to improve background checks after the Sandy Hook tragedy. It was also a successful fundraising year for the Senator as he prepares for his re-election race in three years.

So, we ask you dear readers, who do you think should be most thankful?

Which statewide official should be most thankful this Thanksgiving?