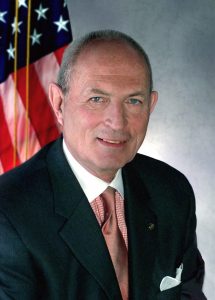 Longtime state Rep. Harry Readshaw (D-Allegheny) announced on Tuesday afternoon that he is not seeking reelection in 2020. Readshaw’s decision to not seek a fourteenth term leaves an open seat in a Democratic friendly district.

“For 13 terms – that translates into 25 years – I have been blessed and humbled by being elected Pennsylvania state representative of the 36th Legislative District,” Readshaw said in a statement. “The 36th District has been reapportioned twice during my tenure and has geographically changed. Yet, my constituents have honored me with their continual support, and I am very grateful.”

Readshaw, who serves as the Democratic chairman of the House Professional Licensure Committee, has held the seat in the Pittsburgh region since 1995 and is viewed as one of the more conservative Democrats in the state legislature.

In his own words: Harry Readshaw to retire at the end of this year’s legislative session. pic.twitter.com/8PzProMUYj

Although Readshaw ran unopposed in the two most recent elections, he was slated to face a challenger from the left in the upcoming election in Jessica Benham, an advocate for people with disabilities. Benham recently received several endorsements from local progressives, including state Sen. Lindsey Williams (D-Allegheny).

WESA also reports that Readshaw said Heather Kass of the 29th Ward Democratic Committee plans to launch a bid for the seat.

According to the Pennsylvania Capital-Star, Readshaw is the third Democrat to announce their retirement ahead of the 2020 election. There are now 10 state representatives that have announced that are not seeking reelection in 2020 thus far.

The 36th District, a Democratic friendly seat, voted for Sec. Hillary Clinton over President Donald Trump in 2016 by 17 points, according to DailyKos.