Redistricting in the News

PoliticsPA gives you the run down on what local newspapers throughout Pennsylvania are saying about the upcoming redistricting process.

Pennsylvania’s slow growth over the last decade will play a key role in redrawing congressional lines. The state lagged behind the rest of the country with a growth of only about 3 percent compared to the nation as a whole with 9.7 percent. This means that 18 revised districts will replace the current 19.

PA population has been shifting east, with much of Pittsburgh and southwestern Pennsylvania losing residents, The Inquirer reported.

“Now, the GOP-led state legislature and Republican Gov. Corbett will decide who gets cast into the outer darkness, and members of the state’s delegation on Capitol Hill are already jockeying to protect themselves in the remapping.”

Currently, there are 12 Republicans and 7 Democrats. Remapping could mean knocking the Democrats down a seat.

Looking at population redistribution, the GOP holds the fastest growing districts. Democrats, including Fattah in the 2nd district, Critz in the 12th, Doyle in the 14th, and Altmire in the 4th, are among the districts with the highest downward population trends. 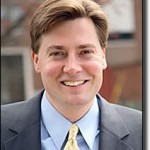 Altmire’s district has been predicted by sources such as The Mercury and to be among those for dismantling.

“According to Terry Madonna, professor of political science at Franklin and Marshall College, the district most likely to be eliminated is the 12th District.

Republicans are likely to target the seat because it is currently in Democratic hands and due to its highly gerrymandered shape.

Earlier this month, the Pittsburgh Post-Gazzette reported on the possible consolidation:

“There has been much speculation that two Western Pennsylvania Democratic congressmen, Jason Altmire and Mark Critz, will be lumped into the same district in the new redistricting setup and would have to run against each other in a May 2012 primary.”

“In theory, the move would make Holden and Barletta more secure for 2012, Madonna told The Mercury.

However, the plan also would result in stretching Holden’s district all the way from Harrisburg to Scranton — two cities separated by more than 100 miles.”

Republicans, who spent heavily on the campaign to elect him, will almost certainly do their best to improve the chances of Barletta, whose district is almost 2 to 1 Democratic and voted overwhelmingly for President Obama in 2008.

Moosic and Scranton are in the 11th, but Republicans could try to write a district that excludes both because their residents include two of Barletta’s likeliest opponents, Scranton Mayor Chris Doherty and Lackawanna County Commissioner Corey O’Brien, a Moosic resident.

“By drawing as many Democrat-leaning voters as possible into Holden’s district, other suburban Philadelphia Republicans in marginal districts nearby could benefit as well, including Reps. Jim Gerlach in the 6th, Charlie Dent in the 15th, Mike Fitzpatrick in the 8th and Pat Meehan in the 7th.”