Redistricting Watch: Pittsburgh’s North Hills May Not End Up in the 4th District

Rumor has it that Rep. Tim Murphy (R-18) could get a leg up in next year’s congressional election.

According to a source close to Pennsylvania House leadership, the heavily-Republican Pittsburgh suburbs in the North Hills and northern Allegheny County could be added to Murphy’s district in the once-a-decade congressional redistricting process taking place this year.

The idea of moving the North Hills to the 18th district is a new one to the redistricting discussion, which has reportedly been favoring a plan that would lump together the districts currently held by Rep. Jason Altmire (D-4) and Rep. Mark Critz (D-12).

The North Hills – and Altmire’s home – are currently located in the 4th district.

“But I have not heard which one people are favoring,” he said.

Asked about the possibility by the editorial board of the Observer-Reporter, Murphy characterized himself as an observer in the process.

“There are some great communities there,” Murphy said. “I’m as interested as anyone about what they’ll hand us.”

“Congressman Murphy’s only advocacy is on behalf of the communities and his constituents in the 18th congressional district. Beyond that, we’ll see what comes out of the state legislature and move forward from there<” said Murphy Chief of Staff Susan Mosychuk. 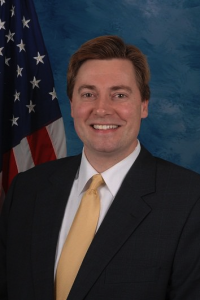 A source close to Altmire said a hypothetical district comprising most of the current 4th (minus northern Allegheny County) and parts of the 12th would play to Altmire’s strength. It would include the best-performing areas from his three previous races as well as the area in Westmoreland County where he grew up.

“We don’t know if what you’re saying will happen, but if it does, it’s hard to imagine a district better suited for him to win,” said one western PA Democratic insider.

And because a congressman is not required to reside within his district, Altmire’s transition to the new boundaries could be relatively simple.

State House GOP Spokesman Stephen Miskin said he could not speak to the truth of this rumor  regarding the North Hills but warned that throughout the redistricting process “people are going to be trying to put out real thoughts as well as false thought” to feel things out.

G. Terry Madonna, professor of Public Affairs at Franklin and Marshall College, said moving the North Hills to the 18th district is “plausible if it protects other people,” but is ultimately “a little piece of much bigger situation.”

But still, he doesn’t “think Murphy would have many complaints depending on what they take away from him.”

However, adding the North Hills to the 18th district doesn’t necessarily make the most sense for Republicans, Roddey said.

“I think …, for Republicans, it probably would be more advantageous for it to end up being Altmire’s [district],” since Murphy already has a solid hold on the 18th. “But on the other hand the Democrats would rather see it in Murphy’s old district,” because it would take away Republican votes from a district currently held by a Democrat.

Regardless of what rumors say about moving around the North Hills, Madonna thinks the ultimate decision will remain much the same: “Put Critz and Altmire together – that’s everybody’s bet,” he said.

Spokesman for the Senate Repulicans, Erik Arneson wrote in an email that “It is still too early to do anything more than speculate on specifics like that.”

Arneson said he does not expect serious movement on a congressional redistricting plan until October or November.