Redistricting: Will It Pass? 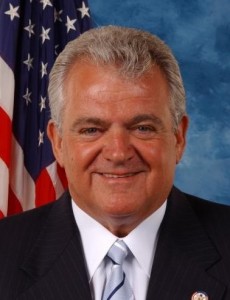 The Pa. House will likely vote on the congressional redistricting plan Tuesday, but GOP leaders have spent much of the past few days whipping votes in their own caucus.

All Republicans voted against an alternative map offered by Pa. Rep. Mike Hanna (D-Clinton), but beyond that there appear to be divisions within the party. (Pa. Reps. Tim Briggs and Josh Shapiro, both of Montgomery County, were the only Democrats to oppose the Hanna plan. It failed 108-85).

The map gives dozens of Republicans a reason to vote no. Lancaster GOPers are annoyed with the split of their county. Lawmakers are getting immense flack from Lehigh Valley community leaders over the map’s split of Easton from the rest of the LV, so it would tough vote for those pols, too.

So, will the GOP get help from Democrats?

He, along with Rep. Mike Doyle of Pittsburgh are calling allies in Harrisburg to express their pleasure with the way their own districts are drawn. Brady acquires Democratic voters in northeast Philly and Delaware County, while shedding African American voters (a 15 to 20 percent swing toward white voters).

This past Friday, Philadelphia Democratic City Committee Chairman and U.S. Rep. Bob Brady, D-Philadelphia, was calling Democratic state House members from the Philadelphia delegation, asking for a vote for the congressional redistricting plan.

Nothing unusual in that. Brady and U.S. Rep. Mike Doyle, D-Allegheny, in exchange for concessions in that map that helped them, said they would round up votes to pass it. And now they were hearing from House Republican leaders in Harrisburg that they needed more votes, because going into this weekend, and today, the map lacks the House votes to pass it.

So Brady redoubled his efforts, and started calling House members who were as likely to spurn him as help.

Pa. Senator Anthony Williams (D-Phila), a Brady ally, told PoliticsPA the Congressman told members of the Philadelphia delegation that he was pleased with the map, but stopped short of a hard sell. Williams and all Pa. Senate Democrats voted against the plan last week.

The news service estimates that the number of Dem ‘yea’ votes is north of a dozen, and could be as many as 20.