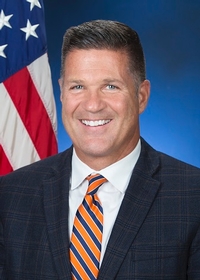 Regan’s chief of staff, Bruce McLanahan, told PennLive that Regan, who is an experienced motorcycle rider, sustained serious injuries to his legs and will provide an update when “new information is available.”

Regan was wearing a helmet at the time of the crash, McLanahan told PennLive.

Regan serves as the Chair of the Senate Law & Justice committee.