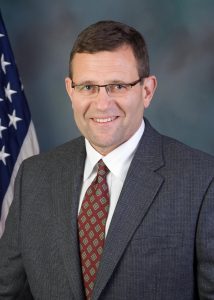 The pre-holiday surprise was first reported by WESA.

In a press release, English offered only general words about his decision to pull out of the race.

“During my time in office, I have tried to conduct myself as a statesman, like my predecessor Sen. Randy Vulakovich, while listening, learning, and applying facts, logic and compassion. Today I want to inform you that I am withdrawing from the November ballot to devote time to my family and my elder law practice,” he wrote.

English won the seat in 2012, taking over for Vulakovich, who was elected to the State Senate that year. He briefly tested the waters for a Superior Court bid in 2017, but opted against it.

He was a favorite to win re-election, but the seat isn’t quite as reliably Republican as it used to be. The Allegheny County district went for Romney over Obama by 17 points in 2012, but Trump defeated Clinton there by 7 points in 2016. English was unopposed.

Allegheny County Republican Committee members who live in the 30th district will have the opportunity to selected a replacement nominee.

In the meantime, Democrat Betsy Monroe is the sole candidate on the ballot. She is a former supervisor at Highmark and lives in Fox Chapel. The Pittsburgh City Paper profiled Monroe in February, where she said she was inspired to become active in local politics following the Women’s March in January 2017.

Monroe won nomination with 39% in a three-way primary in May. She defeated data scientist Kareem Kandil, who had the endorsement of Pittsburgh’s DSA chapter, and college student Jacob Pavlecic.