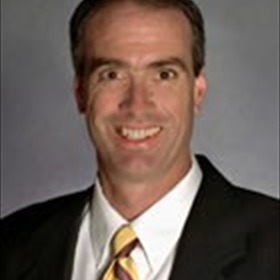 Last Wednesday state Rep. Joseph Brennan (D-Lehigh) was arrested for allegedly choking and punching his wife on the porch of their home before driving away drunk.

In light of the charges against him, Brennan announced today that he is not running for reelection.

Here is Morning Call’s John L. Micek with the report:

In a statement, the three-term Democrat from Fountain Hill said he’d been “privileged to represent the 133rd District for the past six years, but today I am submitting a request to remove my name from the November ballot.

“I will remain in office until the conclusion of my term on Nov. 30 and my offices will remain open and staffed to help constituents deal with state government,” Brennan said.

Because Brennan missed the Aug. 13 cut-off to voluntarily withdraw from the ballot, the state Commonwealth Court must authorize it, House Democratic spokesman Bill Patton said this afternoon. Both Brennan and state Democratic Party leaders are pursuing that course, Patton said.

In his statement, Brennan said he “truly regretted the entire situation. I understand the public’s interest in this because of the office I hold, but I hope that people will balance that with my family’s need for privacy during a painful and difficult time.”

“I thought he was going to try to hang in there and make a go of it,” Molony said. “But he has a lot of things going on, so I’m sure he made the decision that was best for him.”

Brennan was also arrested last June for drunken driving, careless driving and public drunkenness near his district office. He had a blood-alcohol level nearly four times the legal limit and was placed into a program for first-time offenders and completed a 30-day inpatient program.

Rep. Brendan Boyle, D-Philadelphia, the chairman of the House Democratic Campaign Committee, said in an email that “Democratic committee members in the district will move forward to choose a replacement candidate for this November’s ballot. I’m confident that this process, under the excellent leadership of state Party Chair Jim Burn, will yield a strong Democratic nominee. I look forward to working with that nominee in the fall campaign.”

They have a Thursday deadline to name a replacement.

Boyle also commended Brennan for deciding to withdraw, making the right choice for himself, his family and the people in his district.

“It is clear Joe has serious personal issues he is dealing with. He and his family need time away from the public glare to deal privately with these issues. It is a sad and tragic situation. He and his family are in my thoughts and prayers.”