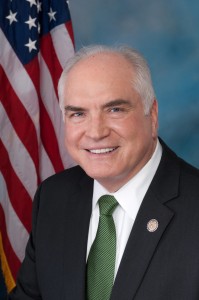 Of particular concern to Kelly, whose district is in the Northwestern corner of the state, is the loss of jobs and rise in electricity prices in strongly coal-dependent states like PA due to the proposed restrictions on the nation’s power plants.

“The Obama administration’s war on coal is a war on American jobs and livelihoods — it is time to fight back,” Kelly said. In a press release last week immediately following the proposal of the new EPA rules, which would cut carbon emission by 30% by 2030, the Congressman called the new regulations “unfair, unworkable, and intolerable.”

“The Coal Country Protection Act will defend hardworking Americans from the EPA’s extreme overreach by stopping unfair, job-killing regulations in their tracks,” Kelly claimed. “I believe a clean planet is important, of course, but I solidly stand with every hardworking American in Western Pennsylvania and beyond who rightly believes that their jobs and way of life should never be a trade-off for one politician’s selfish agenda.”

Kelly’s Coal County Protection Act, the House version of the legislation that Sen. Mitch McConnell (R-KY) introduced last week in the Senate, would require several steps to take place before the EPA instituted any new regulations regarding carbon emission on a plant.

In support of his proposed legislation, Kelly stated that in PA alone, over 40,000 jobs are associated with coal plants that could be hurt by the EPA’s emission regulations. He also pointed last week to the tendency of Americans to prioritize employment and the economy over environmental health, as found by a Gallup poll in May 2014.

Legislators in agreement with Kelly, including Sen. McConnell, are calling the proposed regulations an “attack on the Middle Class” put forth through “unilateral executive action” that will result in massive job loss. President Obama maintains, however, that the new regulations will create jobs in alternative energy production and eventually decrease electric bills while simultaneously allowing US citizens to breathe easier. In fact, the EPA projects that the regulations will prevent between 2,700 and 6,600 premature deaths due to pollution related sickness per year.