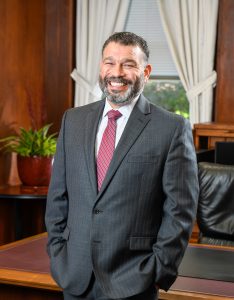 A former Pennsylvania secretary of education and member of Joe Biden’s transition team is reportedly being considered to serve in a Biden administration.

According to NBC News, Pedro Rivera, former Pennsylvania secretary of education, was listed as a possible candidate for U.S. Education Secretary.

Rivera was the lone Pennsylvanian mentioned in the article, titled, “Who are the Latinos who could be in Biden’s Cabinet?”.

Rivera, a Philadelphia native, served as Pennsylvania’s Education Secretary from 2015 until 2020, when he became the 10th president of Thaddeus Stevens College of Technology in Lancaster. Prior to serving statewide in Gov. Tom Wolf’s administration, Rivera was the superintendent of the School District of Lancaster.

Shortly after Biden was declared the winner for president, Rivera was named as one of 23 individuals to serve on the Biden transition team to assist with education.

Although Rivera has not publicly commented on being mentioned as a candidate, former Lt. Gov. Mark Singel lauded Rivera as someone who has “all of the credentials necessary” to assist a president on education matters, according to ABC27.

5 thoughts on “Report: Rivera Being Considered for U.S. Education Secretary”