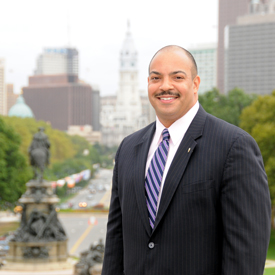 The man who has made his name prosecuting lawmakers is now under investigation himself.

According to Chris Brennan of the Inquirer, Philadelphia District Attorney Seth Williams is the subject of a federal probe into his campaign spending.

“There is a grand jury investigation underway,” a source told Brennan. “That is an established fact.”

“Subpoenas were served as recently as two weeks ago to Friends of Seth Williams, his political action committee,” Brennan wrote. “[His source] described the investigation as a joint effort of the FBI and IRS, with a grand jury impaneled at least two months ago.”

Williams’ PAC is being subpoenaed to see if any of its funds was misspent for personal uses.

This development could have a number of political consequences.

First of all, the DA’s profile was raised when he prosecuted several officials involved in the infamous sting operation that Attorney General Kathleen Kane passed on.

This fueled the Attorney General’s feud with the Philadelphia DA, which began after Williams added Kane’s chief enemy, Frank Fina, to his staff after Kane’s election.

The 42-page presentment detailed Kane’s feelings towards Fina and Williams.

“I will not allow them to discredit me or my office,” Kane wrote in an email. “This is war.”

In another message, the AG wrote that she would “make Seth pay.”

He was rumored to be thinking about a Senate run and is a top contender for the Attorney General contest next year.

“Today, on the eve of the preliminary hearing on the charges against her, an article was published by the same reporter to whom Kane provided secret grand jury information in an apparent effort to smear other prosecutors. The article relies on anonymous “sources” to raise allegations against District Attorney Williams related to his campaign finances.”

“District Attorney Williams denies these allegations. His campaign finance records are a matter of public record, and he will cooperate with any authorities who may wish to review them.”

“Neither the attorney general nor this office would have any way of knowing whether or not there is a federal investigation of the district attorney, and certainly had no role in exposing it to the media,” said the Attorney General’s spokesman Chuck Ardo.