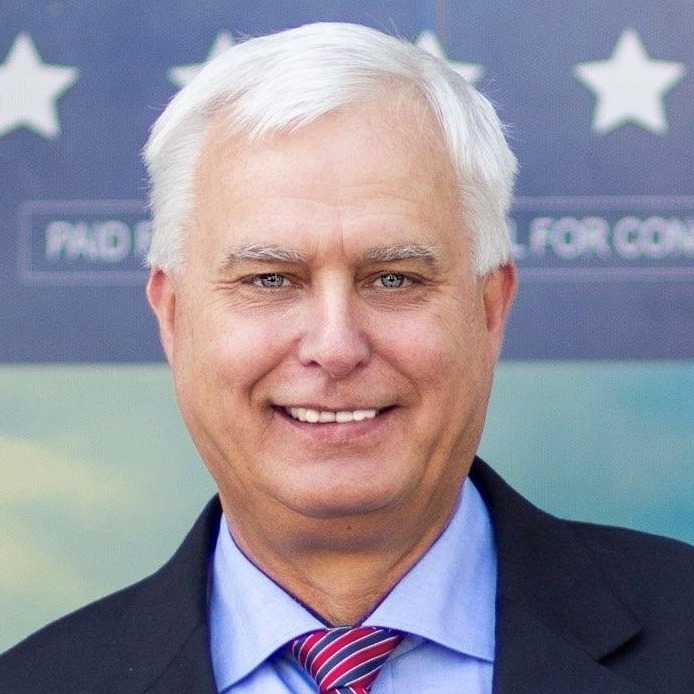 Rep. Chrissy Houlahan (D-Chester) sailed to an easy victory in 2018 to represent the moderate Philadelphia suburban district, but the first Republican has officially announced a bid for the seat in 2020.

Tom Siedenbuehl, a retired airline pilot and naturalized citizen born in Germany, entered the race for the Chester and Berks County seat.

Siedenbuehl said in a written statement to PoliticsPA that he is making a run for office to tackle some of the critical issues facing the country now, which he believes are “comprehensive immigration reform, rising healthcare costs, and education to prepare students for a 21st Century economy,” while adding his concern about the Democratic Party moving towards a “socialist agenda.”

“As an immigrant, I have experienced firsthand the problems with our current immigration system. I am confident that with some common sense and the use of advanced technology we can make the system simpler, more secure and user friendly for Americans and those wishing to immigrate legally as I did,” Siedenbuehl said to PoliticsPA. “Also, I am concerned about the move by Democrats towards a socialist agenda. I have personally experienced “democratic socialism” as a former citizen of the European Union. I can tell you unequivocally that it does not work. I know the costs and problems associated with this kind of system and the toll it exacts on working people.”

The issues that Siedenbuehl said he is most passionate about are immigration, healthcare and education.

He describes the current situation at the United States southern border as a “crisis” and believes comprehensive immigration reform is needed to also help the economy.

“Without comprehensive immigration reform, our job creators will not be able to grow their companies or satisfy the year-round demand for both skilled and un-skilled labor, nor will we be able to insure that workers wages are fair and that working conditions are safe for everyone,” he said in a statement to PoliticsPA. “America is still the land of opportunity, and yet we hamper our businesses, those wishing to immigrate legally and our government officials with a confusing, unenforceable and antiquated immigration system.”

He pinned the fault at House Democrats for the “continued inaction” and said legislative solutions are readily available to solve these issues and begin reforms.

On the healthcare front, Siedenbuehl said that the nation should be “unleashing our free market economy to drive down premiums and copays” and said the current healthcare system is hurting small business and job growth. He attacked the push by progressive Democrats advocating for Medicare for All as “pie in the sky” that will never work and added that he didn’t enjoy his experience with single-payer while he lived in Germany.

“Fixing healthcare is not about ideology, it is about practicality,” he said in a written statement to PoliticsPA. “Proposals to change 1/6th of the US economy will cost too much and be too large to manage effectively. The solutions that work with the construct of our existing free market economy system will put consumers in charge of their own healthcare.”

Siedenbuehl, who also serves as a school board member for the Coatesville Area School District, said his experience in that role has taught him what it takes to better the education system, while adding there is a lack of “innovative education solutions” for students who don’t go to college. He said in a written statement to PoliticsPA that the US needs to develop a new education model for the 21st Century and pointed to help from the private sector in achieving this goal.

Houalahan is currently in her first full term in Congress after besting Republican Greg McCauley by 17 points in 2018. Her bid for office touted her background in the Air Force and other life experiences as proof she was ready to serve in Congress, while campaigning on being a moderate voice for the district. Houlahan was one of the four Democrats in Pennsylvania’s Congressional Delegation to vote for killing the impeachment resolution in mid-July, while the more progressive members of the caucus, including two other members of the “Fab Four”, Reps. Madeleine Dean (D-Montgomery) and Mary Gay Scanlon (D-Delaware) advocate for impeaching President Donald Trump.

Siedenbuehl believes his life experience has prepared him for this run and although he admires Houlahan’s service in the Air Force, he doesn’t think she’s been a moderate voice for the district.

He believes that Houlahan has been “silent” on immigration, and has avoided challenging the growing progressive wing of the party, specifically wanting her to challenge comments about Israel from “The Squad”.

Houlahan’s campaign did not immediately respond to comment from PoliticsPA.