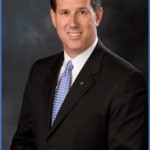 Former Sen. Rick Santorum won the straw poll at the Greenville County Republican Convention. He received 31 percent of the vote.

Rick Santorum, in his quest for the Republican nomination, has been traveling throughout the early primary and caucus states and South Carolina is no exception. In fact, the Former Senator has been to South Carolina more than any other state in the early going of the campaign.

Greenville County is important because it is ideologically conservative and is an important source of votes on primary day.

For more on this story, check out CNN’s coverage of the straw poll.