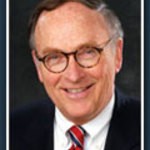 The web video compares the President’s decision making to images of cars driving at uncontrollable speeds, off of cliffs, and into ominous bodies of water.

The Keystone state’s pivotal role in the upcoming 2012 election will very likely lend itself to an interesting political battle.

Despite PA’s voting history over the past 20 years, members of the GOP party believe that the state’s citizens will view Obama as a politician driving his passengers to disaster.

In today’s press conference call with PA GOP, Chairman Rob Gleason openly stated his confidence that Pennsylvanian voters will agree with the party’s most recent ad.

“[The] President struggles with a 48% disapproval rate right here in our Commonwealth of Pennsylvania. All of this translates into one key point- the 2012 election will come down to the President’s clear failure to lead the economy- he’ll lose because Pennsylvanians will hold him accountable at the ballot box.”

Gleason also briefly touched on his party’s efforts to recruit a challenger to Sen. Bob Casey, arguing that the President’s “miserable polls” foreshadow of a Republican victory both over Sen. Casey and the state as a whole.

When asked who would be best fit to run against Casey, Gleason answered, “We have many people considering it and our polls show that Senator Casey is very vulnerable. He’s voted with the President 97% of the time. When the President goes down, Bob Casey is going to go down.”

But, the PA Democrats argue that Gleason might be underestimating the task at hand if he thinks turning voters away from Obama and Casey and into Republican arms will be easy.

“With their plans to end Medicare as we know it and provide tax breaks for millionaires and billionaires at the expense of the middle class, Republicans will have a difficult time convincing Pennsylvanians to support their out-of-touch candidates,” said party spokesman Mark Nicastre.

“Pennsylvanians have already seen the harmful impact of Republican control through Tom Corbett’s budget that shifted the burden onto the middle class, and they will reject these policies and Republican candidates at the state and federal level.”