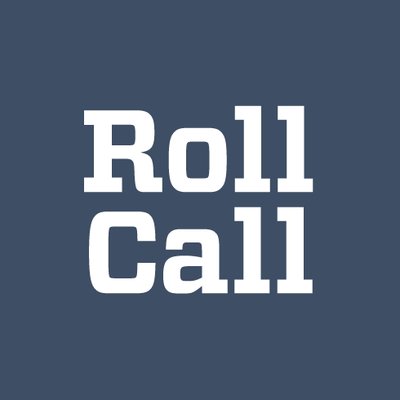 All ten of the most vulnerable on the House side are Republicans, while nine on the Senate side are Democrats in states that President Trump won in 2016.

Rothfus moved up one spot to #2 on the list from Roll Call’s previous vulnerable ratings. The article cited the new boundaries of the district in which Trump would have “carried by just 2 points” and his Democratic opponent Rep. Conor Lamb’s name recognition from his March special election victory. Lamb and Rothfus finished the second quarter with nearly $2.1 million cash on hand each, but Roll Call still currently has the race as Leans Democratic.

The Rothfus campaign states they aren’t worried about the list and believes the Republican is starting to see a momentum shift in their direction.

“These lists and projections have been proven to be false time and time again,” said Mike Barley campaign spokesman. “If you remember in 2016, many of the pollsters and predictors were flat wrong about the presidential contest. Keith Rothfus has just begun to make his case to the voters and we are seeing significant movement within our polling and grassroots momentum.”

The campaign believes Lamb “may think he was gifted this seat by a partisan gerrymander”, but remain confident they will win the seat for the 17th Congressional District.

The Lamb campaign did not immediately respond for comment.

Casey’s spot at 10 on the list puts him as the 9th most vulnerable Democratic Senator up for reelection this year. Roll Call believes he is one of the “least vulnerable” Democratic incumbents running in states Trump won. The article states that GOP challenger, Rep. Lou Barletta has had “lackluster fundraising”, which has resulted in the race not being higher on the list. The article also believes that Trump’s impact on the race may not be as helpful to Barletta in PA in comparison to other states in which Democratic senators are up for reelection. Roll Call has the race rated Likely Democratic.

The Casey campaign used the article in a fundraising email, while the Barletta campaign believes this list shows the incumbent as “one of the least effective Senators” and a “career politician.”

“This confirms what the polls have shown that Bob Casey remains one of the most vulnerable Senators because he hasn’t delivered for the people of Pennsylvania,” said David Jackson, Barletta campaign spokesman. “Pennsylvania voters have had enough and the more people hear of Lou Barletta, the more they support his policies to put Pennsylvania first.”

The Casey campaign did not immediately respond for comment for this story.