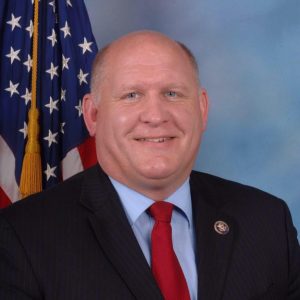 Although each congressional district in Pennsylvania will change after reapportionment, especially due to the state being slated to lose a seat, one specific House district in the Keystone State was mentioned by a national outlet following the new population data released by the U.S. Census on Thursday.

Roll Call has listed Pennsylvania’s 15th Congressional District as one of the “10 House districts that are sure to change after census release.”

Pennsylvania’s 15th Congressional District was paired in the analysis with West Virginia’s 3rd District and Ohio’s 6th District, due to being the smallest districts in population in each state that is “slated to lose a seat come 2022.”

“All three are represented by Republicans and stretch across rural parts of former steel and coal production areas that are overwhelmingly white and where residents tend to be older than the rest of the country,” Macagnone writes.

Although each district in Pennsylvania will have to average 764,000 people under the new maps, Macagnone mentions that it doesn’t “necessarily mean” that Thompson’s seat will be drawn out, as he cites that Rep. Conor Lamb (D-Allegheny) announced he will seek the Democratic Party nomination for U.S. Senate, instead of seeking reelection in the 17th Congressional District.

Thompson is currently the longest serving Republican in the state’s Congressional delegation.