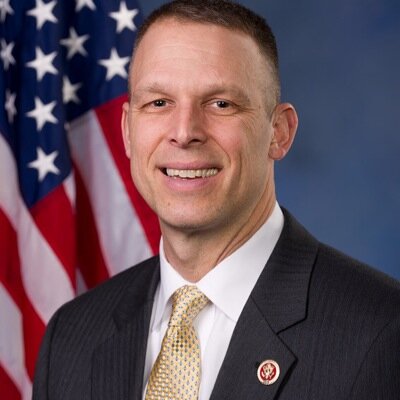 With just under one year until the 2020 election, this ratings outlets places Rep. Scott Perry (R-York) on their most vulnerable incumbent list.

On Monday, Roll Call placed the Republican representing Pennsylvania’s 10th Congressional District as the 10th most vulnerable House incumbent seeking reelection in 2020. He is the lone Pennsylvania Congressman on the top ten list released this week.

The article cites the his district being redrawn, placing the conservative Republican in the House Freedom Caucus in a less GOP friendly seat, and narrowly winning reelection last year.

The article also details a potential matchup for the seat against Auditor General Eugene DePasquale, who they describe as a “top Democratic recruit,” who narrowly won the district during his reelection bid for auditor in 2016, plus outraising Perry in the most recent quarter, although Perry holds a cash on hand advantage.

Despite Perry and DePasquale being mentioned in the article, there are two other candidates that are seeking the seat as well.

For the first time since winning a seat in Congress, Perry is facing a primary challenger in Bobby Jeffries, a millenial logistics director for a health and wellness firm, who accuses Perry of being insufficiently “Pro-Trump.” On the Democratic side, two candidates have officially filed with the FEC thus far. DePasquale and attorney and author Tom Brier, have announced bids to challenge Perry.

Although he didn’t make the top ten, the article also references Rep. Brian Fitzpatrick (R-Bucks), since he is one of two Republicans in the House running for reelection in districts that sided with Sec. Hillary Clinton in 2016. Fitzpatrick didn’t make their top 10 list of most vulnerable incumbents because he does not have a “clear challenger yet,” and credited him and Rep. John Katko (R-NY), who also won a Clinton carried district, as “surviving in difficult environments before.”

The complete Roll Call article can be found here.