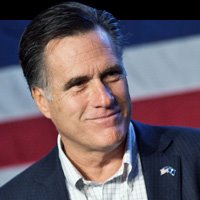 With less than 24 hours remaining until Pennsylvania’s ballot booths open, Mitt Romney’s campaign made sure to hit Pennsylvania’s two major metropolises in a last-minute effort to sway voters. He is seeking to avoid a protest vote among Pa. voters.

Early Monday morning Romney’s campaign made a stop in Pittsburgh, where he attacked President Obama’s energy policies which he believes have lead to higher energy costs.

Not surprisingly, Democratic organizations have issued a few choice words to fight back against the allegations made by the Romney campaign.

Following Romney’s address, the Pennsylvania Democrats issued a press release of their own claiming that the allegations made was a “misleading attack” that only served to “hide his own record of supporting tax breaks for Big Oil.”

“President Obama has enacted an all of the above energy strategy that has spurred domestic oil production to an 8 year high while reducing our dependence on foreign oil,” said Jim Burn, Chairman of the Pennsylvania Democratic Party.  “It’s not surprising that Mitt Romney is launching misleading attacks to hide his horrid record on energy. As Governor, Romney raised a gas tax by 400 percent, and was an outspoken critic of coal-fired power plants, saying that they ‘kill’ people. Now Romney opposes money saving fuel efficiency standards that save Americans money at the pump… Middle class Pennsylvanians cannot afford Mitt Romney’s dishonest campaigning and out of touch energy plans.”

Obama for America Director of Rapid Response Lis Smith echoed Burn’s contentions, saying that Romney’s speech was “filled with distortions and dishonesty about both President Obama’s record and his own.”

“Contrary to Romney’s rhetoric today, President Obama has aggressively pursued an all-of-the-above energy strategy – helping to expand domestic oil production, incentivize research and development for clean coal, nearly double the production of renewable energy, and encourage natural gas production – which has increased every year under President Obama to an all-time high. The real question is what Mitt Romney we’ll see when he shakes his etch-a-sketch on energy- will it be the Mitt Romney who raised a gas tax by 400% and was outspoken in his criticism of coal-fired plants saying that they ‘kill’ people? Or will it be the Mitt Romney who has embraced tax breaks for big oil and gas companies and said that he will eliminate protections against Wall Street speculators manipulating oil prices?”

In addition to his stop in Pittsburgh, Romney made an appearance Monday afternoon outside Philadelphia in Aston (Delaware County), where was joined by Florida Senator Marco Rubio.

Rubio, who is widely considered to be possible running mate alongside Romney.  As a Cuban-American, Rubio’s presence on the Republican presidential ticket could potentially help to sway Latino voters.

According to an early report published by the Morning Call, Romney made a special pitch to younger voters, a demographic which he has struggled to retain in the polls.  “I think young people will understand ours is the party of opportunity and jobs,” he claimed, later adding “…By the way…I support extending the temporary relief on interest rates for students as a result of student loans, obviously, and in part because of the extraordinarily poor conditions in the job market.”