Update: Romney to Raise $$ in Philly, Speak in Allentown

Update 6:30pm: The Romney campaign made official a stop in Allentown tomorrow. He will give a press conference in front of the Allentown Metal Works – the site of a 2009 speech by President Obama boasting the success of the federal stimulus. The plant has since closed down.

Tomorrow is the last day of the second quarter, and Mitt Romney is spending it in Pennsylvania. 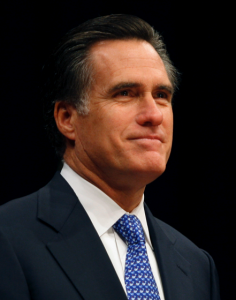 The former Massachusetts Governor will visit the city of brotherly love tomorrow morning for breakfast and lunch fundraisers, according to a Romney campaign memo obtained by PoliticsPA.

“We have a number of fundraising events planned in Pennsylvania this summer, and know you have all been actively involved in making these efforts successful,” wrote Romney National Finance Chairman Spencer Zwick.

“Our kick-off events in Pennsylvania will be held on June 30th, when Governor Romney will be in Philadelphia for a breakfast and luncheon reception. The Governor is looking forward to several Pennsylvania events coming up later this summer as well.”

Sources indicate Romney may hold another event in Pennsylvania tomorrow afternoon that will be open to the public.

It’s unlikely that Romney would run into President Obama, who is also scheduled for a fundraiser tomorrow in Philly; the President isn’t scheduled to arrive until later in the afternoon.