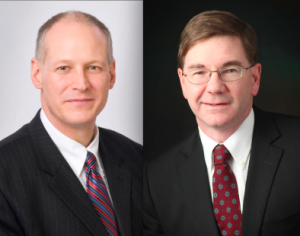 Pa.’s top congressional race is getting even closer. Keith Rothfus and Rep. Mark Critz are tied at 38 percent apiece, according to an internal poll commissioned by Rothfus’s campaign.

“It’s unusual for a challenger, Keith Rothfus, to have caught the incumbent with a full 6 weeks to go. The ballot test is tied at 38 percent to 38 percent Rothfus is rising, while Critz is collapsing,” wrote pollster McLaughlin & Associates in its memo.

A rather high 24 percent are undecided in the race, and only 48 percent of voters said they were definitely voting for their candidate (24 percent for Rothfus, 24 percent for Critz).

The firm surveyed 400 “general election voters” from Sept. 19-20 via live interviews. The margin of error of selection, which was correlated with anticipated turnout patterns, is plus or minus 4.9 percent.

“Keith Rothfus can release all the bogus polls that he wants but it won’t change the fact that that he supports unfair trade deals that ship jobs overseas and tax cuts for companies that outsource American jobs,” said Critz spokesman Mike Mikus. “The people of Western Pennsylvania know that Mark Critz is fighting to create jobs by opposing unfair trade deals that kill jobs here while fighting to stop China’s cheating.”

Critz, a long time aide to the late Rep. John Murtha, is facing Rothfus, an attorney from Allegheny County.

The presidential race buoys Rothfus, the Republican. Mitt Romney leads President Obama 53 percent to 39 percent according to the poll. John McCain won the district in 2008, 54 percent to 45.

The pollster concludes, “it is crucial for the Rothfus campaign to maintain the same level of intensity that has driven them this far.  With the proper financial resources, they will be able to continue to build the support for Keith Rothfus that is necessary to take him to Washington.”

Rothfus and Critz have exchanged continuous fire on television for a few weeks, joined by numerous outside groups. In the most competitive congressional race in Pa., the pro-Rothfus has thus far been outspent.

As with all internal polls, this one should be taken with a grain of salt. Campaigns typically release polls to bolster their own viability or hurt an opponent’s. In this case, it’s clear that Rothfus is trying to solidify his standing as one the top GOP congressional candidates in the county – and ensure a steady stream of national fundraising.

The fundraising quarter ends on Sept. 30, and national campaign committees have already begun to choose which races to invest for the final stretch of the election.

There has not yet been a public poll of the race; all the previous numbers are from polls by  Democratic sources and all have shown Critz with a lead. A poll released by the Democratic Congressional Campaign Committee in early August showed Critz up 50 percent to 40; a survey from the House Majority PAC showed Critz ahead 44 percent to 38.

Update: the Rothfus campaign declined to release its poll’s cross-tabulations, a decision typical of all campaigns. However, it brings to mind this gem of a quote from a Rothfus spokesman when the DCCC released its internal poll of the race in August:

“If the liberal Democrats behind the Critz campaign are actually satisfied with their poll, they should release it in its entirety including cross tabs,” Rothfus’s Campaign Manager said at the time.