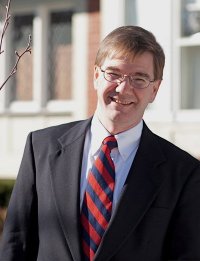 by Greta Fenzl and Keegan Gibson

As two time Congressional candidate Keith Rothfus said this past May, his intention in 2012 is to run against Democrat Jason Altmire. Rothfus reaffirmed that plan and dispelled any rumors of a primary challenge to fellow Republican Tim Murphy at the Republican State Committee meeting in Harrisburg last weekend.

“I am not going to run against Tim Murphy in any primary, period. There’s alot of chattering back and forth but, no. I am running to knock a Democrat out of the House of Representatives because we need a new vision going forward.”

Rothfus was strong in his conviction that Altmire needs to be ousted, based on a strong Democratic voting record in the House. Although reports have concluded that Altmire voted the Democratic line roughly half the time, which Altmire also claims, Rothfus has pegged that number at closer to 90 percent in the past.

“He has consistently voted with the big spenders in the party. When he tried to cut $61 billion out of the 2011 continuing resolution, which is a 1.6 percent cut, he voted no. So over the past 5 years, he has voted for an additional $6 trillion in cumulative deficit spending, which our kids and grandkids have to pay for… So I don’t see it,” Rothfus said.

He also emphasized that his upcoming campaign wasn’t an effort to recoup the remaining debt from his last run at office. His $200,000 campaign debt stems from a personal loan he made to his own effort, he said.

“I formed a separate committee to make sure so people understand when I’m raising money, every dime I raise now goes to the new campaign. It’s not going to retire my debt.”

Because Rothfus’ home is very close to the border between the 4th and the 12th districts, things could change after potential redistricting. If he were to become part of the 12th district, he will then run in that district, rather than moving his address to continue a race in the 4th. “I will not run for a district that I do not live in,” explained Rothfus.

But one thing he’s sure of is his ultimate campaign goal.

As he plainly put it, his bottom line is that, “I am intending to run and to knock out a Democrat.”