Rothfus: Schwartz Is “Most Pro-Abortion Member of Congress” 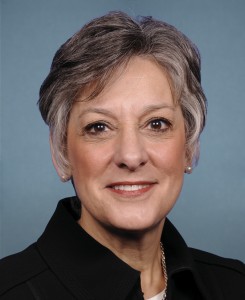 Republican Keith Rothfus amped up his attack on incumbent Rep. Mark Critz (D-Cambria) today by accusing him of supporting a pro-choice agenda – a pertinent issue in the relatively socially conservative 12th district.

Rothfus’s attack comes a day after Critz held a fundraiser with Rep. Allyson Schwartz (D-Montgomery) at the Duquesne Club in Pittsburgh.

“Why would someone who claims to be pro-life use to raise money a Congresswoman who receives a 0% rating from national right to life, who’s number one contributor is an organization ‘dedicated to electing pro-choice Democratic women,’ who voted against a ban of sex-selection abortions, and who co-founded and acted as Executive Director of an abortion clinic in Philadelphia for 13 years,” asked Rothfus’s campaign in a press release.

In addition, Rothfus said Critz’s 55 percent rating from National Right to Life indicates a checkered past on the rights of the unborn. Specifically, Rothfus’s campaign pointed out Critz and Schwartz’s vote against the No Taxpayer Funding for Abortion Act and a resolution defunding Planned Parenthood.

Mike Mikus, Critz’s spokesperson, said in an email that Critz has proven he’s strongly pro-life during his tenure in Congress.

“Everybody knows that Mark Critz is pro-life, and he’s proven it time and again, even taking heat from members of his own party for his position,” Mikus said.

“Keith Rothfus is making patently false attacks because he supports outsourcing our jobs overseas and the plan to make seniors pay $6400 more a year for Medicare.   His positions have as much of a chance in Western Pennsylvania as a popsicle laying on the Turnpike.”

The House has held two high-profile votes to defund Planned Parenthood; Critz voted initially against the measure, but later voted in favor of it. Indeed, the Congressman came under fire during his primary contest against Rep. Jason Altmire (D-Allegheny) on the subject; Altmire even used the issue in a television ad against Critz.

But for Rothfus, the attack on Schwartz could potentially come back to bite him in the future. It’s rather unusual for a candidate to throw a punch at non-opponents in the delegation, and Schwartz isn’t someone with whom a candidate should pick a fight. She’s a very successful fundraiser and, as a top leader of the Democratic Congressional Campaign Committee, has a loud voice regarding its spending decisions.

PoliticsPA was unable to reach Schwartz’s campaign for comment.