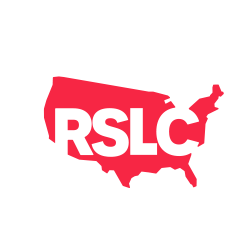 Despite suffering losses in the Pennsylvania state House and Senate in the 2018 election, Republicans have held a majority in both chambers in Harrisburg for several consecutive terms. While the Democratic Legislative Campaign Committee believes it is on the cusp on flipping both blue, the Republican State Leadership Committee has their sights set on not only holding the majority in Pennsylvania, but expanding it in the upcoming election.

The RSLC’s “Right Lines 2020” initiative, which is aimed at protecting Republican legislative majorities ahead of the upcoming redistricting cycle, has named 12 states thus far as priorities in the upcoming election, with Pennsylvania falling under in their “top tier” of importance.

“Pennsylvania is in the top tier of those states,” said Austin Chambers, President of the Republican State Leadership Committee in an interview with PoliticsPA. “It is an extremely important state for us both on the House side and on the Senate side and we’ll continue to put a great deal of focus on Pennsylvania as we move forward.”

Chambers said that the top tier includes less than six states, which includes Pennsylvania, although he didn’t add what other states are specifically included as a top focus in the upcoming election.

Emphasizing the importance of maintaining GOP control in various states, the RSLC announced in December that former House Speakers Paul Ryan, John Boehner, and Newt Gingrich joined the RSLC and will serve as key advisors to the “Right Lines 2020” initiative.

The RSLC has cited a statistic that estimates as few as 42 state legislative seats could determine as much as a 136-seat swing in the U.S. House of Representatives for the next 10 years.

In 2018, Democrats flipped 5 seats in the state Senate and 11 seats in the state House in Pennsylvania. When asked why he thought Democrats were able to have success in the state in the most recent election, Chambers said the RSLC is not looking in the rearview mirror and is instead taking lessons learned from the previous election to hold their seats and flip Democratic held seats in the upcoming election.

“We don’t look in the rearview mirror, we simply learn from what’s happened in the past, we take what lessons can be learned, adapt them to the environment we are in today and look full steam ahead at how we’re going to win moving forward,” Chambers said.

The Pennsylvania Democratic Party said that their party has momentum leading up to the elections in November and believes the effort from the RSLC is proof that they are “running scared” in 2020.

“This is just more evidence that Republicans are running scared from Democratic momentum up and down the ballot,” said Brendan Welch, Pennsylvania Democratic Party Communications Director. “Voters don’t want their health care taken away, tax policies that only work for the wealthiest Pennsylvanians, or a dismal minimum wage that fails to keep up with rising costs. Republicans in Washington and Harrisburg keep punishing working families, and that’s why they will lose in November.”

Looking forward to the upcoming election, Chambers said that “we know” that Republicans will protect the 9 seat majority in the state House and the 4 seat majority in the state Senate. He specifically spent a great deal of time talking about the RSLC’s goals for the state House, saying that it would be “unacceptable” for the Democrats to flip 9 seats and said there are real opportunities for them to gain seats as well.

“As I look at the numbers in Pennsylvania, I believe that we have the opportunity to pick up some Democrat seats right now and we’ve got half a dozen seats in our tier one pickup opportunities in Pennsylvania that are currently held by Democrats in the state House,” Chambers said. “These are districts that are friendly to Donald Trump in 2016, these are seats that Donald Trump is going to win again, these are seats where we are working with the state leadership in Pennsylvania with Speaker Turzai and his team and others to recruit great candidates, make sure they have great organization, make sure they have the funding and resources necessary to win and there seats I think will flip from Democrat to Republican.”

He followed up by saying the “prime seats” to pick up were in rural regions of the state that he expects Trump to perform well in again in 2020. Chambers wouldn’t say specifically what seats are being targeted in their top tier to flip in the state House, but said it will become “apparent in the next few months” and said that those Democrats know their “time is limited.”

While Chambers stressed being on offense, he said that 10-12 GOP seats are on their top tier of holding in 2020. He did not specifically say what seats are in this tier.

The DLCC wouldn’t say how much they are specifically going to spend in Pennsylvania in 2020 in their efforts of flipping the state House and Senate, but it is listed as one of their seven target states in their $50 million spending goal for 2020.

The RSLC wouldn’t say how much they are shooting to spend in Pennsylvania or their overall campaign “Right Lines 2020” campaign, but they boasted about raising $19 million in 2019, which is the most they’ve ever raised in an off year election, and said they will make sure they “outspend them” in these races.

“We don’t put a price tag on victory and on winning and what we do know is that they’ve got Barack Obama and Eric Holder who are raising untold sums of money over there and throwing it at states like Pennsylvania, and we’ve got to do everything we can to continue sounding the alarms about how much money is coming from the Democrats and going into these state elections in places like Pennsylvania,” Chambers said. “We’re going to do that and at the end of the day, we’re going to make sure that the resources are there on the Republican side to maintain these legislative chambers, whether that costs a million dollars in a state or $10 million in a state, we’re going to spend whatever it takes to get the job done.”

According to the Wall Street Journal, “Republicans have long enjoyed a cash advantage at the state level, but top Democratic groups and donors have shifted the terrain recently.”

When Chambers was asked what the Pennsylvania effort will specifically look like, he said that the RSLC has has been in constant contact with Turzai and Senate Republican Caucus as well and that he has been to Harrisburg a few different times to talk about their targeted races in the state.