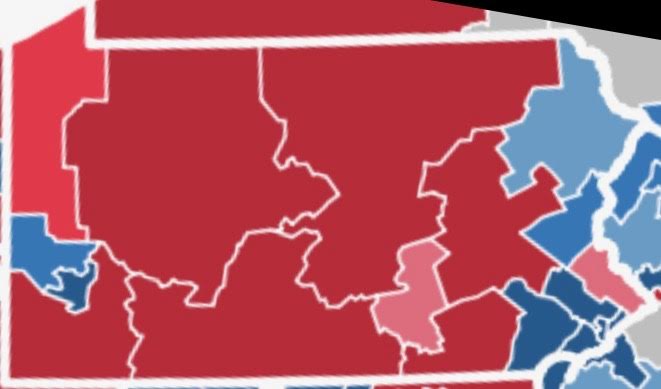 Yes, it is only January, but this election analyst already has debuted their initial House 2020 ratings.

Last Thursday, Larry Sabato’s Crystal Ball released their first Congressional ratings which they believe shows the Democrats holding the edge of maintaining their majority in the House, although a GOP presidential victory “would open the door to Republicans restoring total control of Washington.”

Rep. Brian Fitzpatrick (R-Bucks) appears to be in for the toughest reelection bid in the state with the race currently being listed as a “toss-up.”

On Election Day 2018, Sabato had the race listed as “Leans Republican”, which Fitzpatrick edged out Democrat Scott Wallace by 2.6 points to capture a second term.

Reps. Matt Cartwright (D-Lackawanna), Scott Perry (R-York), and Susan Wild (D-Lehigh) are listed as favorites “leaning” towards being awarded another term in 2020.

Cartwright took down GOP challenger John Chrin by just over 9 points in the Northeast Pennsylvania district, but Sabato has this currently listed as Leaning Democratic for 2020. On Election Day 2018, the election analyst had the race listed as Likely Democratic, in a district that President Donald Trump won by nearly 10 points.

Perry narrowly fended off Democratic challenger George Scott by 2.8 points to win a fourth term in the House. Sabato has the race placed as Leans Republican today and on Election Day 2018 it held the same rating.

Wild secured her first full term in Congress by besting Republican Marty Nothstein by nearly 10 points in the race for the open seat in the Lehigh Valley. Like Election Day 2018, the race is pegged as Leans Democratic today.

Rep. Mike Kelly (R-Butler) rounds out the list of Pennsylvania House members that are either in races considered to be “toss-ups” “leans” or “likely” for their respective party. He survived a difficult reelection bid in 2018 by defeating Democrat Ron DiNicola by just over 4 points in the Trump friendly district, but is currently listed as the favorite with the seat “likely” staying in favor of the GOP. On Election Day 2018, Sabato had the race listed as “Leans Republican.”

The other 13 Congressional seats in the state are listed as “safe” for the incumbent in 2020, including Rep. Conor Lamb (D-Allegheny) who was placed in the “Likely Democratic” category on Election Day 2018, but after winning by 12 points over fellow incumbent Rep. Keith Rothfus (R-Allegheny) has moved into the safe category.

Sabato’s Crystal Ball has 79% of the House districts characterized as safe for the incumbent party, while 47 Democratic and 46 Republican held seats are listed as either “toss-ups”, “leans”, or “likely.”