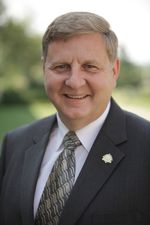 Saccone confirmed his interest in the statewide office to PoliticsPA.

The conservative western PA Republican shared a post on Facebook on July 6 asking “which major issues” Pennsylvanians would like to see the Lt. Governor advocate for, followed by him writing that “we can transform the Lt. Gov position to something useful.”

The issues he listed on the post were “property tax, election integrity, campaign finance reform, opioid crisis, reign in big tech, reduce government spending, and other.”

Saccone said that he believes his experience in the state Legislature, as a Veteran, author, educator, and as a previous candidate for Congress has prepared him to take on the role.

“I believe my resume and skill set would allow me to compliment the Governor and the General Assembly and be a strong advocate for Conservative principles in the Commonwealth,” Saccone said.

Saccone said that while he believes Pennsylvania “faces dozens of issues,” he specifically would like to “help shape the discourse on workforce development” and “also keep up the fight for election integrity.”

He specifically pinpointed sponsoring several bipartisan bills while serving in the state Legislature and touted championing “several common sense election reforms,” such as allowing Poll Watchers to cross over county lines, which he said “were initially welcomed,” but it was ultimately shelved by GOP leadership.

Saccone added that his poll watcher provision wasn’t included in Act 77, and said if he was in office when the election reform bill was passed he maybe “could have talked some sense into my former colleagues and/or raised the alarm about this unpopular legislation.”

Saccone, who has promoted conservative policies, said he believes him being outspoken over Act 77 and the lockdowns will cause some on both sides of the aisle to oppose his candidacy, if he chooses to run.

“It’s no secret if I run some Democrats and Republicans will oppose me,” Saccone said.

“I’ve been hyper critical of the liberalism, especially the Left’s assault on our Country’s Godly Heritage,” he continued. “I’ve also called out GOP elected officials and candidates who I feel are weak on conservative issues or who are self-serving.”

“Coming out against members of the GOP will likely cost me a measure of support in both the Primary and the General Elections,” Saccone said. “However, after Act 77 and the endless Lockdowns, I hope people can now understand why said what I said.”

Saccone made headlines earlier this year when he posted a picture alongside state Sen. Doug Mastriano (R-Franklin), a potential candidate for Governor, and a video where he said “we are storming the Capitol” on January 6 in Washington D.C.

Saccone said he was unaware of the violence from where he was standing and wouldn’t had said what he did if he knew exactly what was going on.

“From where I stood from a distance away, U.S. freedom loving Americans were allowed past police to exercise their first amendment rights,” Saccone said. “They flew dozens of flags on the steps of the Capital in support of a cause they believed in.”

“At that moment, in that context, I felt my metaphor was symbolic and appropriate,” Saccone continued. “Had I known on the other side of the building that a few hundred people with ulterior motives had gotten inside and caused chaos, then I wouldn’t have said what I said.”

While the fields of Governor and U.S. Senate are already crowded, there hasn’t been as much chatter in the race for Lt. Governor.