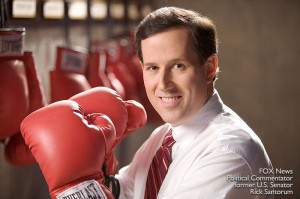 As the presidential election heats up, President Obama finds his numbers improving in Pennsylvania, according to a poll released today by Public Policy Polling. Obama pulled ahead of Romney by a 7 point margin, now 49-42. In 2011, Obama and Romney were neck-and-neck with one another.

Dean Debnam, President of PPP said that “we haven’t found numbers this good for Barack Obama in Pennsylvania since before he was elected.”

In Pennsylvania, Santorum leads the GOP pack for the primary and the general. 43 percent of Republican primary voters chose Santorum, while only 25 percent chose Romney, 13 percent for Gingrich, and a lowly 9 percent for Paul.

Winning over much of the electorate, including the Tea Party voters, the Evangelicals, and even ‘very conservative’ voters, Santorum has a lot of momentum going into the April primary.

When it comes to the general election in Pennsylvania, however, Obama still comes out on top in PPP’s poll with Santorum trailing by a margin of 48-46.

29 percent of voters surveyed by PPP believe that Santorum’s campaign has tarnished the state’s image. 27 percent say his campaign has been a positive influence. 41 percent announced that there isn’t a difference either way.

In 2008, Obama won Pennsylvania by 10 points, making the current election cycle a little more wobbly for the President. To pull further ahead of the Republicans, we should be seeing Obama lead his opponents by the numbers he led John McCain with four years ago. A Quinnipiac University poll found Obama leading McCain by as much as 15 points in 2008.

“The first lesson you learn as a pollster is that people are stupid,” Jensen had said to Politico earlier. “I tell a client trying to make sense of numbers on a poll that are inherently contradictory that at least once a week.”

PPP’s methodology included surveying 689 Pennsylvania voters and an oversample of 564 Republican primary voters, March 8th-March 11th. The margin of error was +/-3.7 percent overall and +/-4.1 percent for the Republican voters surveyed. PPP conducts their interviews over the telephone.