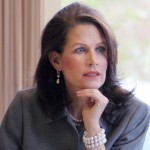 U.S. Rep. Michele Bachmann’s (R-MN) declaration over the weekend that she is forming an exploratory committee for the Presidency was not good news for former Pennsylvania Senator Rick Santorum.  Bachmann is one of the most conservative members in the House (ranked 19th by National Journal) and a favorite of the tea party who gave its response to President Obama’s State of the Union in January.

Like Santorum, Bachmann appeals to the social conservative wing of the Republican Party which is a powerful force in Iowa, where the first votes will be cast to determine the GOP nominee on February 6 according to the website of the Iowa GOP.

Former Governors Mike Huckabee and Sarah Palin are clearly the two most prominent Republicans who would appeal to the social conservative base.  However, both have contracts with Fox News as political contributors and neither has been taking the steps required of presidential contenders.  The Hill reported on Saturday that their inaction was frustrating political activists and fundraisers in Iowa who want to pick a candidate to back by summer time.

Huckabee responded by telling conservative talk show host Kevin McCullough over the weekend that he was considering a presidential bid but did not want to rush his decision.  Palin has been largely quiet about her timetable and her poll numbers are dropping rapidly.  37% of Republicans and GOP leaning Independents view her unfavorably according to a Washington Post/ABC poll, the most of any contender. 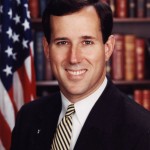 Jonathan Martin of Politico highlighted how Santorum has been campaigning throughout Iowa, while the other contenders have been largely absent, which does not go unnoticed in a state where the personal vote can be very important because it is common for voters to have met multiple candidates.

Santorum’s willingness to weave his conservative social values into his public policy statements will also likely serve him well in the Hawkeye State.  On Wednesday, for example, Santorum attributed the Social Security system’s potential insolvency to the country’s “abortion culture,” which he said is “depopulating this country, and we’re seeing the birth rate is below replacement rate for the first time in history.”

The current situation in the Middle East may be politically advantageous for him as well because most of the major contenders are former Governors with little to no foreign policy experience.  An article was published in the Post-Gazette on Friday that highlighted the absence of any national voice on foreign policy in the GOP field.

Ironically, the best strategy for Santorum is probably to do what Huckabee did in 2008 by focusing on Iowa where the effects of fundraising and name recognition can be marginalized and to use a momentum boost from a better than expected result there to stay relevant for as long as possible.