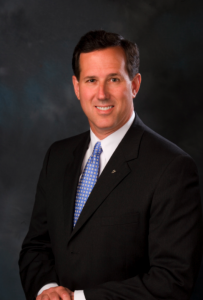 Rick Santorum took the national stage once again Tuesday as he lauded his former rival for the Republican nomination, Mitt Romney. He spoke to the socially conservative values that fueled his high-profile primary bid, as well as a familiar criticism of the Obama administration and welfare.

The former PA Senator touched on his humble family beginnings and values, but soon pivoted to criticism of the President.

Santorum laid out multiple grievances with President Obama’s first four years in office. Among them was American dependency on government aid. Santorum said that in area’s where government dependency is at its peak, marriage is “disappearing.” Santorum went knock Obama on his education policies and the rising national debt.

“Requiring work as a condition for receiving welfare succeeded — and not just because the welfare rolls were cut in half — but because employment went way up, poverty went down and dreams were realized,” Santorum said.

Following Santorum’s speech, the Obama campaign distributed news reports that disputed his claims – which were described as false by some fact-checkers.

“What we saw was an opening for the states to get some flexibility to promote new ways to get welfare recipients onto payrolls. States would be expected to boost by at least 20 percent the number of recipients moving from welfare to work and regularly demonstrate they’re moving toward that goal,” the release quoted a Chicago Tribune Editorial.

In a touching moment when speaking about his daughter Bella, Santorum iterated that it was crucial for the “American Dream” to be restored, and that the man to do it is Mitt Romney.

“We are stewards of a great inheritance. In November we have a chance to vote for life and liberty, not dependency. A vote for Mitt Romney and Paul Ryan will put our country back in the hands of leaders who understand what America can and, for the sake of our children, must be to keep the dream alive.”