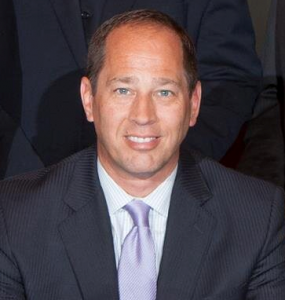 Senate President Pro Tempore Joe Scarnati (R-Jefferson) announced on Wednesday night that he will not seek reelection in 2020.

Scarnati said in a release that his decision, made just days before before the state’s deadline to file petitions to get on the ballot, was a “personal, not political” decision after serving five terms in the state Senate.

“While I am greatly humbled by those who have once again supported my petition to have my name on the ballot, after many conversations with family and close supporters I have made a personal, and not political, decision that I will not be filing my petitions,” Scarnati said in a statement. “My concern with leaving office has always been in large part wanting to ensure the 25th Senatorial District is well represented after my departure from the Senate.”

Scarnati, who was first elected to the state Senate in 2000, began serving as the Senate President in 2007, although his tenure in public office also included serving simultaneously as lieutenant governor from 2008 until 2011 under Gov. Ed Rendell after Democrat Catherine Baker Knoll died.

The Jefferson County Republican, who was first elected to office as an Independent, said that his “independent streak” never ended during his tenure in office.

“I have always believed that both sides of the aisle must work together on behalf of our constituents and compromise on issues without compromising on our values,” Scarnati said. “At the same time, I have always sought to protect working families and their hard earned tax dollars. Since the days of Governor Ed Rendell’s Administration, I have actively blocked the massive proposed tax hikes on workers and businesses as proposed by his Administration and others who have followed.”

After touting his “independent streak” in the release about his retirement, Scranti goes on to detail championing some more conservative positions and boasted about overseeing the largest Republican majority, 34-16, in the state Senate since President Dwight Eisenhower.

“We have protected the unborn by supporting a strong pro-life agenda. We have fought to safeguard our 2nd Amendment rights that the liberal left continues to attack,” Scarnati said. “In 2012, we passed a landmark Marcellus Shale Impact Fee bill to ensure responsible drilling and investments in our local communities. We have prioritized job growth and creation across Pennsylvania. We have fought for historic levels of school safety funding – and will continue that fight.”

Scarnati’s announcement comes three weeks after House Speaker Mike Turzai (R-Allegheny) made public his intentions to not seek reelection in 2020 as well.

While it is unclear who will attempt to represent the GOP friendly district, Spotlight PA reports that “several candidates are expected to vie for his seat. According to the AP, Elk County Republicans were introduced to former DuBois Mayor John Suplizio as the candidate that “Scarnati is endorsing to succeed him.” State Rep. Cris Dush (R-Jefferson), who announced his intentions for Auditor General, told Spotlight PA that he is running for Scarnati’s seat.

Scarnati was most recently reelected in 2016 after besting Democrat Jerri Buchanan by nearly 50 points.