Scheller Added To NRCC “On The Radar” In Young Gun Program 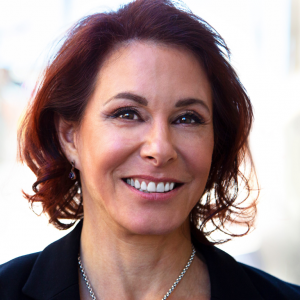 The first Pennsylvania Republican is now “on the radar” for the National Republican Congressional Committee’s 2020 “Young Gun program.”

Lisa Scheller, a former Lehigh County Commissioner and businesswoman who is seeking the GOP nomination for the 7th Congressional District, was added in the NRCC’s third round of selections for the program aimed at mentoring and supporting Republican candidates with resources to help run a successful campaign.

In Scheller’s “Young Gun” bio page, she is described as a “fiscally conservative fighter” who has advocated for “spending restraint, lower taxes, job creation and an end to special-interest giveaways.” Scheller is currently one of 76 candidates thus far “on the radar” for the program and the lone Pennsylanian.

“We’re thrilled to add these compelling, hardworking candidates to our Young Guns program,” said NRCC Chairman Tom Emmer in a release. “While Nancy Pelosi and the socialist Democrats continue to focus on the baseless impeachment of President Trump, we will be working with our candidates to take back the majority in 2020.”

Scheller and Dean Browning are both currently seeking the Republican nomination for the 7th District to face Rep. Susan Wild (D-Lehigh).

Scheller, who formally launched her bid for the Lehigh Valley district last month, has also already received the endorsement of House Minority Leader Kevin McCarthy (R-CA), who described her as an “energetic leader and doer.” The Morning Call reports that Scheller has been one of the largest Republican donors to local Republican campaigns in recent years.

The Cook Political Report currently has the seat held by Wild listed as “Likely Democratic” for 2020.