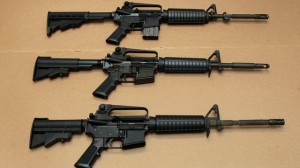 That finding is similar to those of other recent Pa. public polls. They showed similarly broad support for universal background checks: 95% in Quinnipiac; 94% in Franklin and Marshall; and 81% in Mercyhurst.

Due to patchwork state laws, online sales and rules granting leeway to private sellers, gun control advocates have estimated that up to 40% of gun sales in the US occur without a background check. Such a procedure is intended to check the name of the gun purchaser against databases of criminals and the mentally ill.

The issue gained national attention after the December mass shooting in a Newtown, Connecticut elementary school.

“That 88 percent of Pennsylvania residents want every gun buyer to pass a criminal background check speaks volumes about the changing public mood on guns,” said pollster Doug Schoen. “This margin is unlike any I’ve seen on this issue, and it marks a real sea change.  Voters want their elected officials to fight gun violence, and after Newtown, they’re demanding it.”

Mayors Against Illegal Guns, which is lead in large part by New York City Mayor Michael Bloomberg, advocates for new federal gun laws including: mandatory universal background checks, a ban on the sale of assault weapons and ban on high capacity magazines.

The poll of self-identified likely voters was conducted from Feb. 18 to 21. The margin of error is plus or minus 4%. The pollster surveyed voters on landlines and cell phones via live telephone interviews.

45% of respondents identified as Democrats, 35% as Republicans. 51% said new laws are necessary to address gun violence, versus 46% who said enforcement of current laws was sufficient. 39% said either they or someone in their household owns a gun. 9% identified as members of the National Rifle Association.

The pollster also surveyed voters in four congressional districts, each in eastern Pa. and each represented by a moderate Republican – precisely the profile of a member of Congress MAIG hopes to bring across the aisle. These polls were conducted from Feb. 1 to 5, separate from the statewide poll. The sample sizes are 400 voters, with a margin of error of plus or minus 5 percent.

Though a Democrat, during the 2012 campaign Schoen endorsed the critique by Republicans that mainstream pollsters were oversampling Democrats and that their polls were skewed in Obama’s favor.

Here’s the full topline memo for the statewide poll: