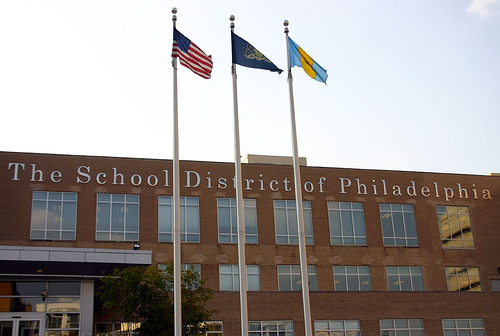 There was a time not so long ago when school board meetings were sparsely attended at best.

Today, they are beginning to rival indoor scholastic championship sporting events in terms of number of spectators … and sometimes, they are just as vocal.

Serving on the school board is public service. It is overseeing the operations of public schools and ensuring that the district’s children get the best possible education. It’s above politics. It’s not a matter of ideology.

Or is it? Now, what used to be locally focused elections have delved into forms of opposition against mask mandates and concerns about critical race theory being introduced in the classroom.

“These are really adult battles over adult partisanship, and the interest of kids is of secondary importance to them,” said Vladimir Kogan, an associate professor of political science at Ohio State University, told Education Week.

How did these meetings become ground-zero for the Commonwealth’s political and cultural debates? And why?

In Pennsylvania, universal public education was established by the Free Schools Act of 1834. An attempt to repeal the law in 1835 was fought off by then state Rep. Thaddeus Stevens, who condemned the forces for repeal as a “war cry and battle axe of ignorance.”

“This isn’t anything new,” said Jeffrey Henig, a professor of political science and education at the Teachers College of Columbia University and co-author of the book “Outside Money in School Board Elections: The Nationalization of Education Politics.”

Out of ideological or political interests, Henig told the York Daily Record, “The last two or three decades saw growing roles of state and national government in education. The last 10 or 15 years, we’ve seen national political groups get involved in local education. National interests fighting national battles see local school districts as battlefields, and they believe they should get their feet on the ground there.”

And it’s all about power.

Conservatives trying to regain power are fighting for suburban voters and view resentment against critical race theory and masking as ways to bring them back into the fold.

National conservative think tanks, such as the Heritage Foundation, have produced training manuals for school board candidates instructing them on how to talk about critical race theory and take over school boards, Henig said.

Stephen and Danielle Lindemuth ran for school board in Elizabethtown, Lancaster County. Their campaign pledged to promote social and fiscal conservatism, fight critical race theory and the 1619 Project, and protect girls’ sports (banning transgender participation) and student freedoms. And despite local Republican officials endorsing their Democratic opponents, the Lindemuths won.

“They were just preying on these fears people had that were a threat to what they valued,” defeated Democratic candidate Kristy Moore said of the Republican message to CNN. “Sarah (Zahn) and I tried our best to try to set that record straight: Critical race theory isn’t taught in the Elizabethtown school district. But it just wasn’t enough.”

Other factors have changed the political landscape of democratic school district governance – a trend towards nationalization of politics; a shifting general-media landscape; and social media, for better or worse.

“The bottom line is that education in America will likely never be the same, thanks to the Great Parent Revolt of 2021, and that’s good news,” Katharine C. Gorka, director for civil society and the American dialogue at The Heritage Foundation, wrote on Real Clear Politics in April.  “For decades, many parents have outsourced the raising of their children to the schools, trusting that administrators, school board members, and teachers would share their values. We blindly believed that schools would care about our children as much as we do. We believed that if the teaching went astray, if the books were inappropriate, or if the civics and history were a little un-American, what we did at home would serve as a gentle correction and all would be well. The past two years have taught us how wrong we were.”