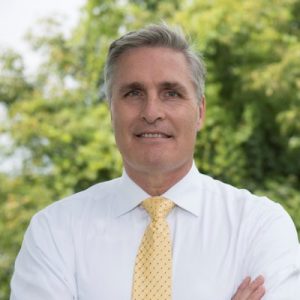 Confirming months of speculation, George Scott, a U.S. Army veteran and Lutheran minister who was the Democratic Party’s candidate for Pennsylvania’s 10th Congressional District in 2018, announced that he is seeking the Democratic Party nomination for the state Senate’s 15th District held by state Sen. John DiSanto (R-Dauphin).

“After serving our nation as a soldier and my community as a pastor, I am excited about the opportunity to continue that service in the State Senate,” Scott said in a release. “I look forward to bringing my focus on creating consensus to solve the issues facing our community, including reducing healthcare costs, providing better education, and reforming our government. I look forward to learning more from our community and working to improve the lives of everyday people.”

In 2018, Scott lost to Rep. Scott Perry (R-York) by just over 2.5 points in the newly drawn district with boundaries that voted for President Donald Trump by 10 points in 2016. It was Perry’s closest election victory since being voted into Congress in 2012 in the old conservative 4th District.

In June 2019, Scott confirmed that he would not be making another bid for Congress in 2020, saying in a release that he would “wholeheartedly” support the Democratic candidate against Perry, but added that he planned on staying involved in the community and remained “open to other ways to serve people.”

According to the Pennsylvania Capital-Star, Scott is currently the only Democrat to announce a challenge against DiSanto.

DiSanto was first elected to the state Senate in 2016 after besting incumbent Democratic state Sen. Rob Teplitz by 3.5 points. DiSanto confirmed in December that he is seeking a second term.

The 15th District serves all of Perry County and part of Dauphin County.