SD-31: Wagner “Hot Under the Collar” Over Manipulation Claim 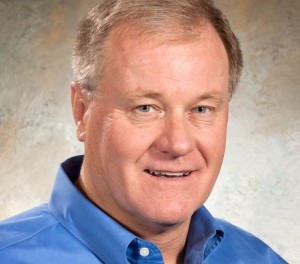 One day after hitting out at reports implicating him in wheeling-and-dealing in the Capitol cafeteria, State Sen. Scott Wagner tried to stay above the fray.

“The lie has been told that I am a backroom-deal guy, and I participated in a backroom deal, and I’m going to be very diplomatic today,” Wagner told abc27 Wednesday. “This is not true, and I’m very hot under the collar right now about this whole thing.”

On Tuesday, Scott Harper told abc27 he had been offered judgeships and state government legal work at a “fishy” lunchroom meeting with Wagner, and his chief of staff Jason High, in exchange for dropping his bid for the GOP’s nomination for the 31st Senate District.

Wagner has backed State Rep. Mike Regan to take the step up and replace longtime Republican State Sen. Pat Vance, and Harper is claiming Wagner wants him out of the way.

Harper and Regan (and Wagner) are from York County, while the other two candidates – Jon Ritchie and Brice Arndt – are from Cumberland County.

After Dennis Owens of abc27 further pressed Harper on the Feb. 10 cafeteria meeting, the York lawyer admitted Wagner was not the one who offered the judgeships and legal work, though he was at the table while his chief of staff and Arndt campaign consultant Matt Plummer made their overtures.

Wagner, chairman of the Senate Republican Campaign Committee, is particularly incensed by the notion that he tried to manipulate the process or handpick a candidate.

In 2014, Wagner withdrew from the race for the GOP nomination in the special election to replace Mike Waugh after the SRCC threw their weight behind Ron Miller. Instead, Wagner became the first write-in candidate to win a PA State Senate seat.

“There are a lot of people gaming for me right now, because I’m disrupting things in Harrisburg, and I don’t do backstabbing,” Wagner said. “I’ll stab you in the front. You’ll see the knife coming.”