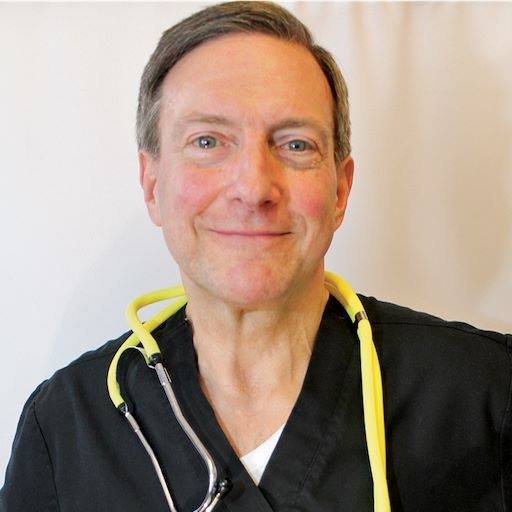 Now, we have a Democrat.

Dr. Bob Solomon, an emergency room physician from North Fayette Township, has announced his intentions to seek the Democratic nomination for (the soon to be open) state Senate seat in Pennsylvania’s 37th District.

This seat will be vacated by Republican Congressman-elect Guy Reschenthaler, who cruised to a victory over Democrat Bibiana Boerio for Pennsylvania’s 14th Congressional District earlier this month.

“Polling has shown there are three issues voters are most interested in: health care, the opioid crisis, and gun violence,” Solomon said in a release. “Because of my 33 years as an emergency physician, I am uniquely qualified to help address all of these issues in the Senate starting on the day I am sworn in.”

According to the Observer-Reporter, Solomon is the first Democrat to “formally declare” his intentions for the seat.

Solomon previously was a candidate in the Democratic Primary for Pennsylvania’s old 18th Congressional District, which Rep. Conor Lamb (D-Allegheny) went on to win over Republican state Rep. Rick Saccone. More recently in May, he finished third in the Democratic Congressional Primary for the newly drawn 14th District, which Bibiana Boerio was the party’s nominee against eventual winner, Congressman-elect Guy Reschenthaler.

Although Solomon currently is the only Democrat to have officially announced his intentions for the seat, the Pittsburgh Post-Gazette and the Observer-Reporter have named several other potential candidates expected to launch bids soon.

The Observer-Reporter article published this week named Olivia Benson and Mike Crossey as “other potential candidates.”

Solomon touts his most recent bids as a congressional candidate as “much-needed perspective on how to campaign” and boasted about the amount of his own money he spent of “messaging and canvassing” during those campaigns in a release.

The Post-Gazette reports that he is not the only Democrat mulling a run to have political experience, citing Schmotzer’s time as a state Representative in the 22nd District from 2012-2013 along with Crossey and Iovino’s bids in the old 18th Congressional District.

Reschenthaler was elected to this seat after winning a special election in 2015 to replace to seat vacated by Democrat state Sen. Matt Smith, who resigned to take over as the President of the Greater Pittsburgh Chamber of Commerce.

Raja, Republican Committee Chair of Allegheny County and businessman, and Devlin Robinson, South Hills businessman and Marine Corps veteran, are the only two Republicans who have officially announced bids on the Republican side thus far.

After Reschenthaler resigns, the lieutenant governor will have 10 days to select the date for a special election, which will be at least 60 days out from there. The Post-Gazette reports that “party officials expect the election to be pinned to May’s primary.”