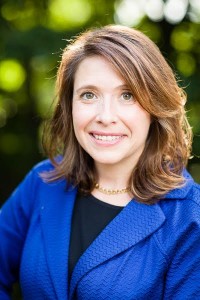 The Democrats have their woman.

“I am honored and humbled to receive the party’s nomination today,” Arnet responded. “I am ready to get started, work hard, and become your next Senator. In Harrisburg, I will be a legislator who puts families first when making policy decisions. That’s what I have done my whole career. From my first college job working at Mister Rogers Neighborhood, to the last twelve years working for the Women and Girls Foundation, I have been proud to support public education, public health, the rights of workers, and policies that enhance the economic security of working families.”

“Over the past decade, Heather has been a tireless advocate for her community and an effective champion of legislation that benefits Pennsylvania families,” said Sen. Costa. “Many of us in state government are already familiar with Heather’s dedication and passion and I’m looking forward to working with her as a colleague in the Senate.”

This special election stems from the resignation of Sen. Matt Smith, who stepped down to take over as President of the Greater Pittsburgh Chamber of Commerce.

“I welcome Ms. Arnet to the campaign and look forward to a healthy debate about the important issues affecting our community,” he stated.

“Democrat nominee Heather Arnet is a radical liberal activist whose values are completely out of touch with the hardworking families of the 37th District,” asserted PA GOP Communications Director Megan Sweeney.

The 37th district includes parts of Allegheny and Washington Counties. The election will be held on November 3, 2015.