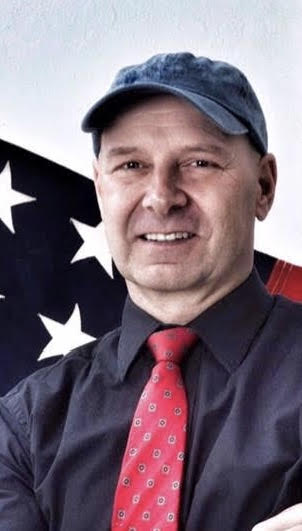 Doug Mastriano, a retired Army colonel, announced his bid for the Republican nomination for the soon to be open seat in the state’s 33rd Senate district.

State Sen. Richard Alloway (R-Adams/Cumberland/Franklin/York) announced last month he will be retiring from his seat on Feb. 28.

In a social media post sharing his intentions for the seat, Mastriano laid out a series of his campaign priorities, while calling out the “government bureaucrats” in Harrisburg.

“It breaks my heart that after 30 years of sacrifice, that I am passing this state to the next generation less prosperous, less free and less good than how I received it,” Mastriano wrote in a Facebook post. “Although God has given us the right to free speech, to defend ourselves and for life, liberty and the pursuit of happiness, government bureaucrats in Harrisburg believe they can suspend our right to bear arms, or to speak freely. “

Mastriano specifically highlights a number of conservative issues to lead on such as school choice, calling for an “end to the barbaric holocaust of abortion”, fighting government regulations, and more.

In his campaign announcement post, he also thanked President Donald Trump for “saving our nation from complete destruction” and also likened his campaign to his.

“Trump is overturning the corrupt political system and like Trump, I too am a political outsider, with a record of leadership and delivering results,” Mastriano wrote in the Facebook post.

The special election date will be selected within the first 10 days after Alloway’s retirement takes effect on Feb 28.

According to the Record Herald, Kate Flessner, communications director for Senate president pro tempore Joe Scarnati, said she expects the special election date to be the same day as the Pennsylvania primary.